Decommissioned Nuke Is Largest Load Ever Moved In Nevada; Done By Emmert International Of Clackamas, Oregon 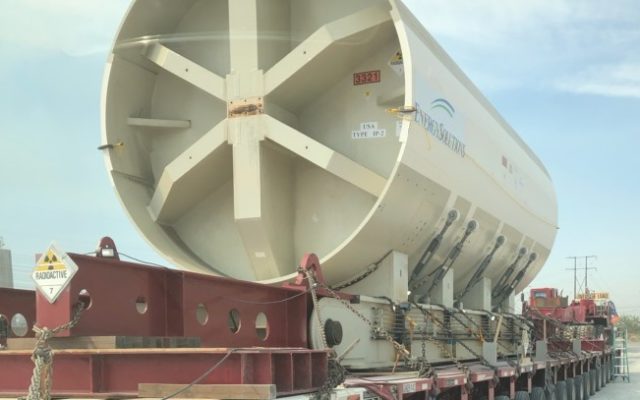 North Las Vegas, Nev. – Starting Monday morning the biggest load ever moved in Nevada is taking off on 460 wheels from North Las Vegas. It’s a decommissioned nuke, and the guys moving it are from the Portland area. Terry Emmert is President of Emmert International – the locals who hold world records for moving the biggest stuff on the planet. He says moving this 770-ton nuke, took years of planning, hundreds of millions in bond insurance, and lots of hard work. It was suppose to happen back in April when it was cooler, but got delayed by the coronavirus pandemic.  Now the heat is above 100 degrees. It will take the two-mile long convoy about 8 days to move a little over 100 miles to Utah. Emmert says If everything goes as planned – this major move could be another award winner for his hard working team. Listen to the full interview about the nuke and about the move here: