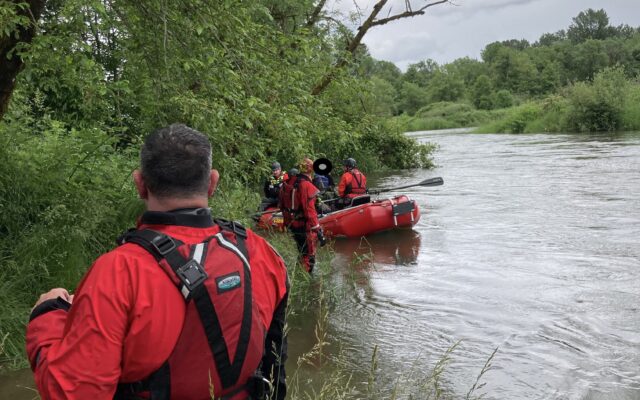 RIDGEFIELD, Wash. — Clark-Cowlitz Fire & Rescue rescued a father and his two young daughters from the Lewis River, Saturday afternoon, near Ridgefield. The man told rescuers that they were travelling in motor boat from St. Helen, Ore up the Lewis River, the boat got tangled up with a clump of trees in the river and started taking on water, ultimately capsizing throwing the man and his two girls into the Lewis River.

It was not an easy rescue, as crews had to navigate through heavy brush and steep terrain, with no easy access points to the river.

Rescue swimmers located her 100 yards down stream. All three were pulled to safety and are in Stable condition. The father and his two daughters were transported downriver by rescue raft to an access point, where they were evaluated by paramedics before being taken to hospital for exposure to the elements.

Both girls were wearing life jackets, which officials say saved their lives.
While the father was not wearing one, officials want to remind people that they should always wear the appropriate Personal Flotation Devices (PFD) while boating.