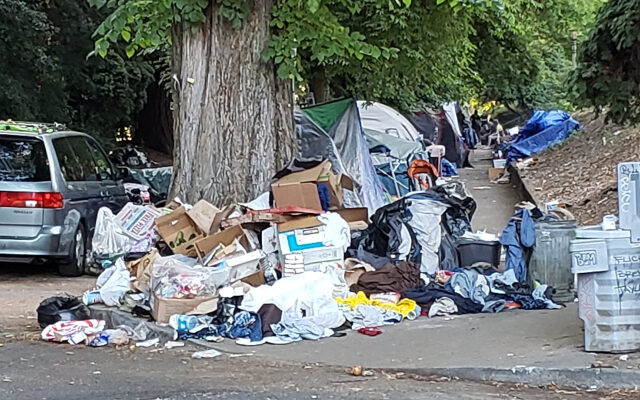 PORTLAND, Ore. — The City of Portland began sweeps of homeless campers around Laurelhurst Park in Southeast Portland on Thursday morning.

The city posted a three-day notice earlier in the week after increasing complaints from neighbors including acts of violence from campers.  Neighbors reported campers walking around with weapons including guns and knives, fights, drug sales and use, needles everywhere, bursting propane tanks, not to mention mountains of trash. 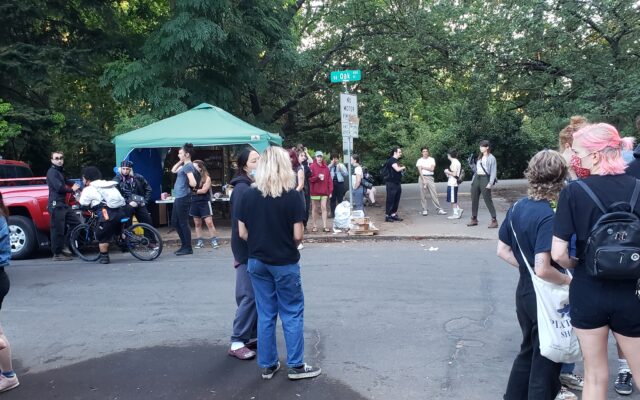 Activists showed up to support the campers.  By the time teams of city crews arrived, both campers and activists were agitated.  Some campers were swearing at Mayor Wheeler.  Others were reluctantly moving boxes and bags of belongings.  Pro-homeless activists wore BLM t-shirts and quickly pulled masks up over their faces when police arrived and started calling officers names. 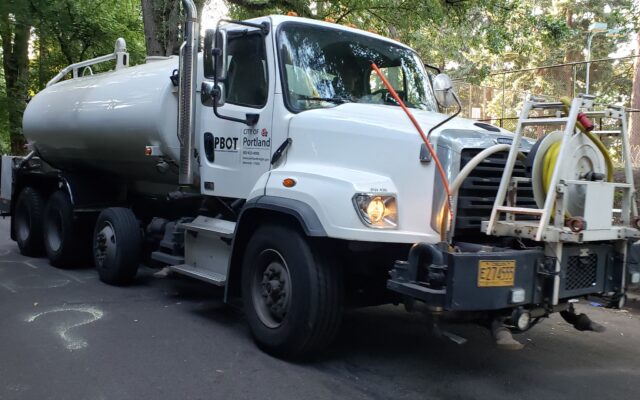 PBOT was there to sweep and wash down streets and sidewalks.  Breaking up the camp is expected to take 2 to 3 hours.  Two staff members from City Commissioner Dan Ryan’s office showed up to see how things were progressing.