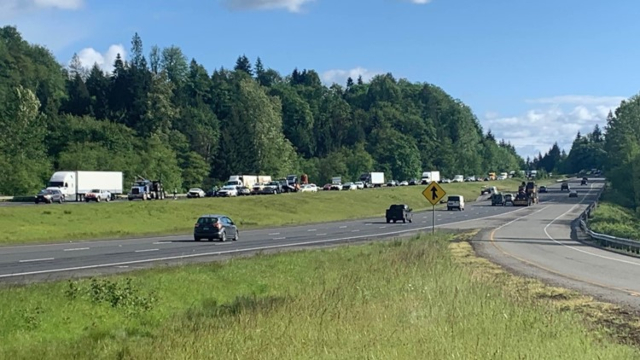 KELSO, Wash. — One person died and another was injured on Interstate 5 on Thursday afternoon when a hailstorm came through the area causing multiple crashes involving semis, passenger vehicles and a motorcycle.

75-year-old Charlene Flannigan from Reno, Nevada died after she lost control of her motorcycle in the northbound lanes near the Lexington Bridge/MP 42 just before 2:15pm, crashed into the median and was knocked off her bike.  Authorities say she was wearing a helmet.

The crashes blocked all lanes for several hours.  The southbound lanes were closed until around 4:30pm; the northbound lanes reopened around 5:30.

Washington State Patrol reports there were multiple crashes in both directions of the freeway.