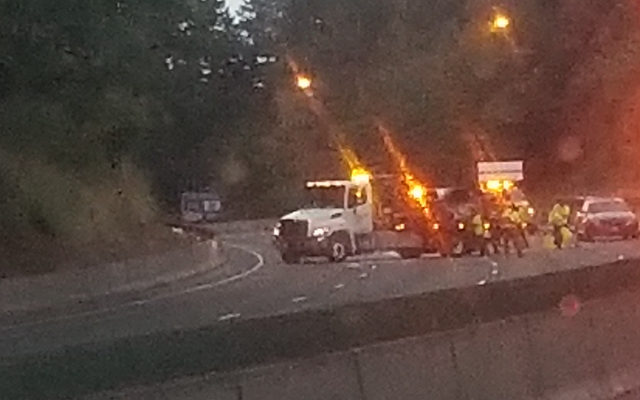 PORTLAND, Ore. — A man was killed when he crashed his car into oncoming traffic on Interstate 5 northbound just north of the Highway 99W/Barbur Blvd. interchange around 3:45 on Tuesday morning.

Dispatchers received several reports of a driver going southbound in the northbound lanes.  As they were responding, a crash was reported involving two vehicles that collided head-on.

45-year-old Damian Alexander of Vancouver was pronounced dead at the scene.  The driver of the vehicle he hit head-on was taken to the hospital and is expected to survive.  A third driver involved in a minor collision pulled off the freeway and was not hurt.

Traffic was diverted off the interstate at Hwy. 99W to Terwilliger.  All lanes were reopened just before 7:30am.

This was the 36th traffic fatality of the year in Portland.