Woman Cited, May Face Charges For Abandoning Dog At Park In Vancouver 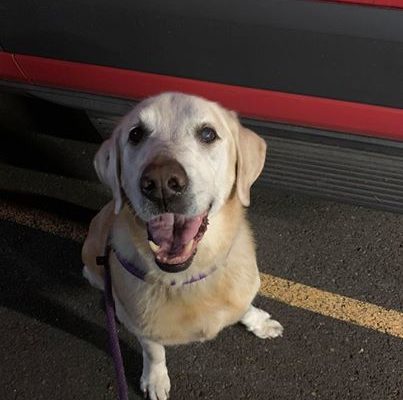 Vancouver, Wash. – The woman who abandoned an old dog at a park in Vancouver has been cited by Animal Control and Protection and may face more charges. Many pet owners were heart broken when they watched the video posted online by the non-profit animal shelter I Paw’d It Forward, showing a woman leaving a 13-year-old yellow Labrador named Henry, at Orchards Community Park. TMZ and other media outlets including Fm News 101 KXL shared the news last week. It went viral online, and over the weekend the woman was identified and cited.Susan Anderson with Clark County Animal Protection and Control says abandoning a dog is considered animal cruelty in Clark county. Now it’s up to the prosecuting attorney’s office to speak with the officers who cited the woman, to determine if charges should move forward.

I Paw’d It Forward initially took Henry in and gave him care. They say on Facebook, they had at least five independent anonymous tips, that gave us the woman’s name, location, name of the dog, etc. We even had two people send us a photo of her car in her parking space including the plates and VIN. More than 15 million people have viewed the video between our post and the national shares on TMZ and news affiliates across the Country.

Henry is now getting lots of love and care from a foster family and soon he’ll be up for adoption at the humane society.

The woman told investigators she felt like she had no other option left to re-home Henry, so she left him at the park. Officials want to remind pet owners you do have many options to re-home an animal, abandoning them should never be a choice.

Anyone who has a pet they need to re-home should reach out to their local humane society or animal shelter for help first.

Hang in there Henry! That’s a good boy!

Watch the video from TMZ here