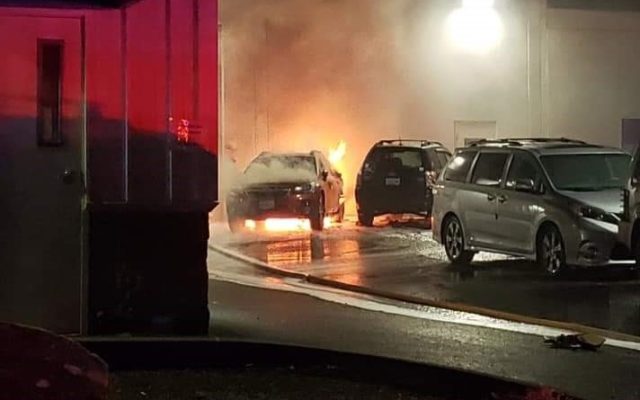 Oregon City, Or. –  Oregon city Police have arrested a 36 year old woman they say set a car on fire early this morning at the Lithia Subaru dealership downtown. Captain Shawn Davis says the dealership’s surveillance video showed someone stuffing something under the car. Officers arrested Jessie Miskill in a nearby parking lot.

Davis says Miskill has been on the dealership property before and has been asked to leave.