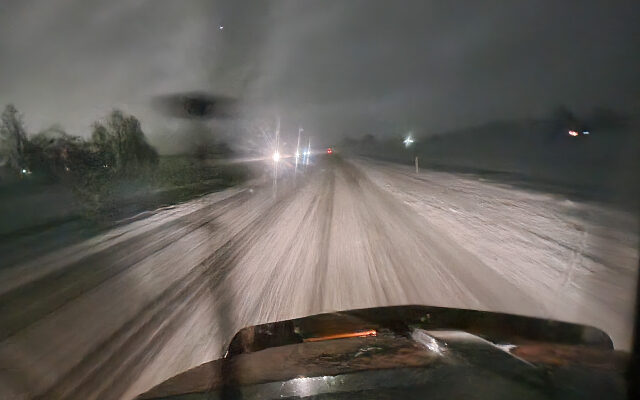 PORTLAND, Ore. — The National Weather Service has issued a Winter Weather Advisory for the Portland metro area on Thursday between midnight and 12pm.

Forecasters expect 1-4″ of snow with the heaviest accumulations in the West Hills, northern and eastern Clark County before turning over to rain by midday.

Here is our current snow forecast for Thursday morning. Generally less than 1 inch for the Willamette Valley and 1 to 2 inches for the I-5 corridor in southwest Washington. Snow should switch over to rain in the low elevations around midday. #ORwx #WAwx #pdxtst pic.twitter.com/rQAq95aQBQ

If you do have to drive, you’re advised to slow down, leave plenty of space between you and other vehicles and be cautious of your surroundings.