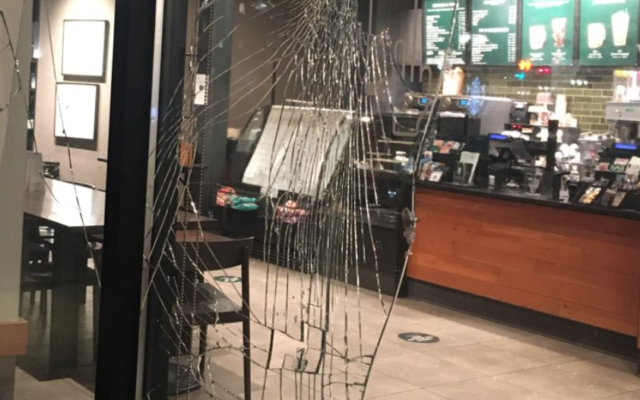 Police say arrests were made during a “destructive protest” in the Pearl District Saturday night.

Around 9:00 p.m. a group started marching from The Fields Park on Northwest Overton Street.

During the march police say “some individuals spray painted buildings and broke windows.”

Police say they gave warnings to for those in the group to stop the alleged criminal behavior.

According to police, their response was constrained as there were multiple shooting incidents in the city.

Officers ended up making two arrests, and seized items they say could be used as weapons, which included a large bat.

According to Police, Windows were broken at a grocery store, restaurant, bank, shipping business, and multiple coffee shops. 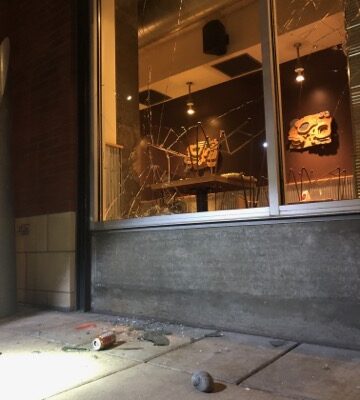 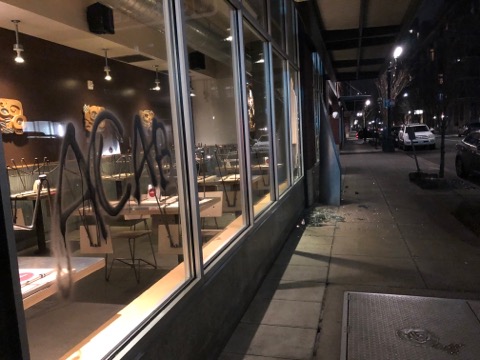