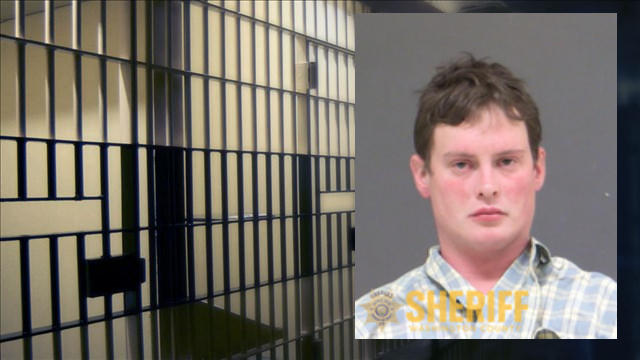 PORTLAND, Ore. (AP) – A Wilsonville man is accused of killing his 91-year-old stepfather at the victim’s Washington County home.

The Oregonian/OregonLive reports Jacob Nebeker was arrested at the scene Friday and is being held in jail without bail on a second-degree murder charge.

He is suspected of killing Gilbert Gutjahr.

Sheriff’s deputies said they responded to Gutjahr’s home in the Bethany area close to 1 a.m. Friday, after a woman called 911 and said a man had been killed by a family member.

Paramedics pronounced him dead at the scene.

It wasn’t immediately known if Nebeker has a lawyer to comment on his case.