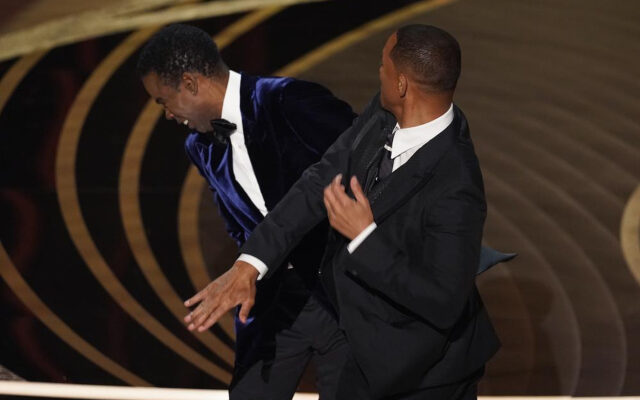 Will Smith, right, hits presenter Chris Rock on stage while presenting the award for best documentary feature at the Oscars on Sunday, March 27, 2022, at the Dolby Theatre in Los Angeles. (AP Photo/Chris Pizzello)

LOS ANGELES (AP) – Will Smith resigned Friday from the motion picture academy following his Oscars night slap of Chris Rock and said he would accept any further punishment the organization imposed.

Smith’s resignation came two days after the academy met to initiate disciplinary proceedings against Smith for violations against the group’s standards of conduct.

On Sunday, Smith strode from his front-row Dolby Theatre seat on to the stage and smacked Rock, who had made a joke at the expense of Smith’s wife, Jada Pinkett Smith.