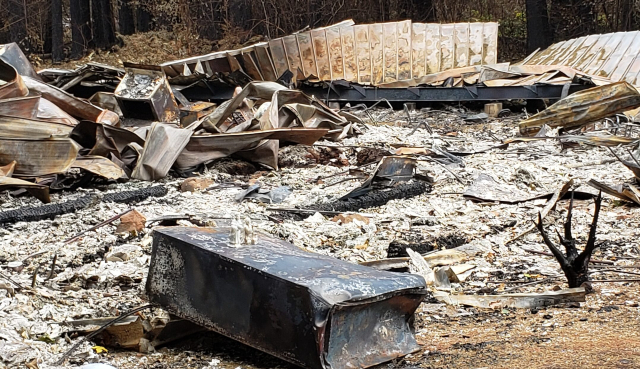 SALEM, Ore. — Two years later, wildfire survivors are having difficulties getting insurance claims settled.  Those impacted could testify at a public hearing for 3 minutes on Monday night.  Many who lost everything are discouraged.

In one case, a woman said her insurer asked for receipts for the purchase of a washer and dryer she bought at Sears, which is now out of business, complicating settling her claim.  “It’s been horrific,” she said.

Many say they remain physically, emotionally and financially drained.

The meeting went for three hours.  Over 40 people signed up to comment.  Extended written comments will be taken through next Monday.