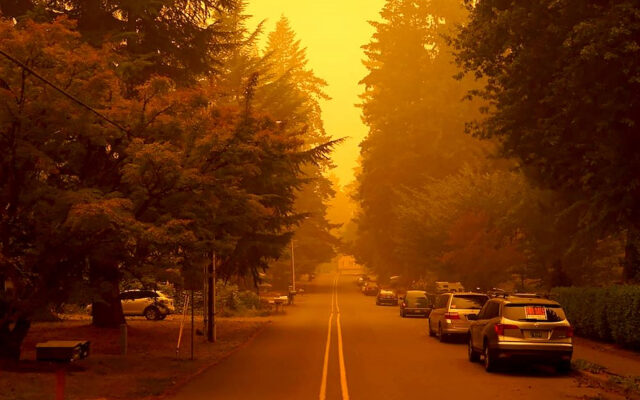 SEATTLE (AP) – The air quality west of the Cascades from Vancouver, British Columbia south to Eugene, Oregon, has deteriorated again as wildfires continue to burn.

Officials in Seattle sent out an alert Tuesday afternoon saying smoke from wildfires was causing unhealthy air and that people should limit time outdoors.

Officials said other areas in the Puget Sound region were experiencing air that was unhealthy for sensitive groups or worse.

In Oregon, the Portland area was also seeing polluted air in the unhealthy to unhealthy for sensitive groups range.