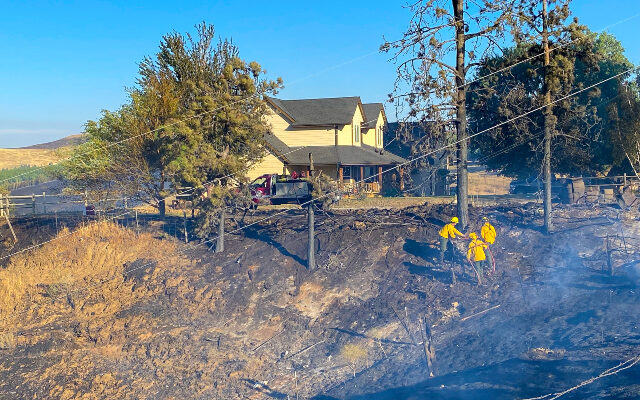 THE DALLES, Ore. — Strong winds have pushed a wildfire that started on Thursday afternoon near The Dallas to nearly 1,000 acres.

Governor Kate Brown has invoked the Emergency Conflagration Act.  The State Fire Marshal has assumed command as of Friday morning to bring in more resources from around the state.

“This year’s fire season is already proving to be serious, as I have invoked the Emergency Conflagration Act for the second time this week to make more state resources available to the fire crews on the front lines in Wasco County at the Wrentham Market Fire, and now, the Sunset Valley Fire,” Governor Brown said. “As we head into the 4th of July weekend, it is imperative that all Oregonians remain mindful of fire safety and prevention. Please remember to be prepared, responsible, and to honor all burn bans.”

Flames have damaged a barn, several outbuildings, multiple vehicles and part of a cherry orchard. 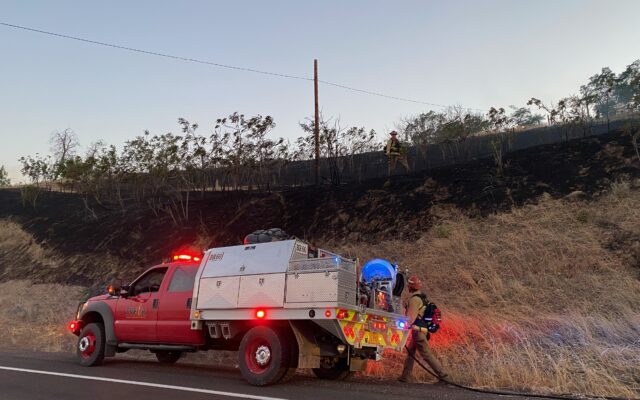 “Without the resources we had today, including the three additional task forces and air support from OSFM, we would not have stopped it as quickly and the fire would have grown much larger,” said Mid-Columbia Fire and Rescue Chief Robert Palmer. “What the state is doing is working. We were able to better protect properties with their assistance and support.”

Friday’s winds are not expected to be as strong.