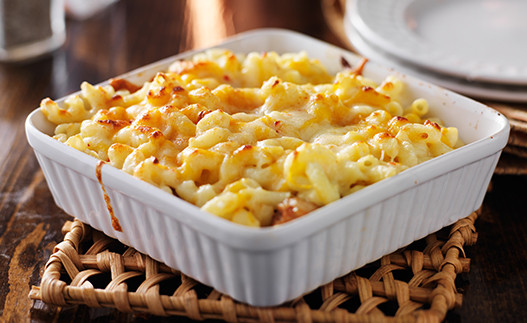 When times are rough, when we’re tired or stressed out or when we’re feeling nostalgic, there is nothing like comfort food.   What’s your favorite go to dish?   There are a lot of lists out, and Mac and Cheese seems to always be on them.

Portland’s 3rd Annual Mac and Cheese Fest was Sunday.   It was pretty COVID Impaired this year, you literally just stopped by a booth outside the Melody Event Center, picked up some samples then went home and microwaved them. STILL, there was some pretty good Mac. My favorite was by a Portland Food Truck called Moe Snackz and Grill. Our producer Jon Eric Smith also tested some out and loved Gourmet Brothers Smoked Brisket Mac. He says the meat was tender, and the way the sauce clung to the big elbow noodles was perfect.

As far as cooking your own, you can always go with the basic. It’s so much better than the boxed stuff with a lot less sodium and added chemicals, and it’s easy to make. It’s basically a roux…..which is whisking butter, adding flour and milk to make a gravy, then more milk, salt and pepper, and I add a little ground mustard and a dash of nutmeg. Cook slowly and add cheese. A lot of cheese. Once the sauce is done, pour it over noodles cooked Al dente, add more cheese if you want, then bake.

I crush up Cheeze It’s to put on top before baking. 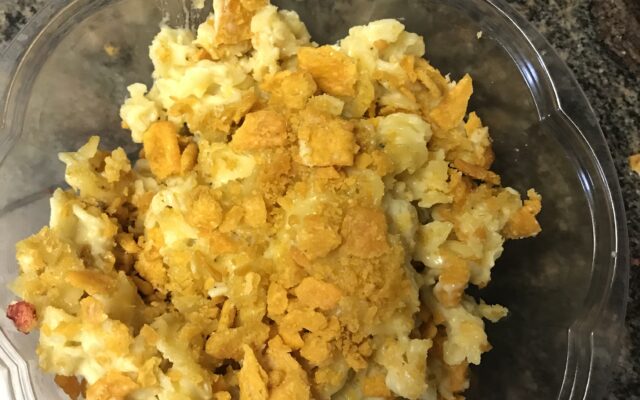 A search and Portland area restaurants finds versions of Mac and Cheese on their menus:

The texture of it is key to comfort!

By the way: A recipe called “macaroni and cheese” appeared in the 1824 cookbook The Virginia Housewife written by Mary Randolph. Randolph’s recipe had three ingredients: macaroni, cheese, and butter, layered together and baked in a hot oven.  A fun fact: Thomas Jefferson and Ronald Reagan had their own recipes for the “best” macaroni and cheese. 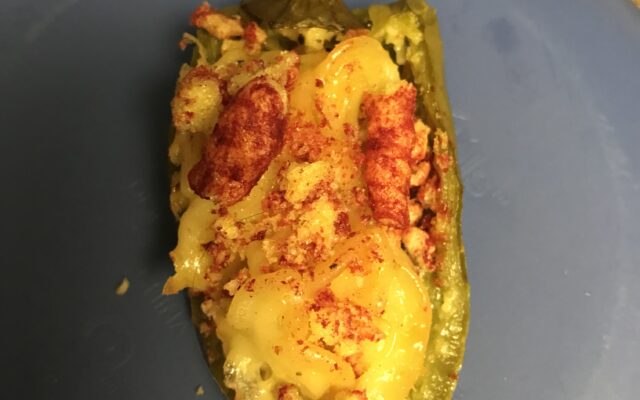