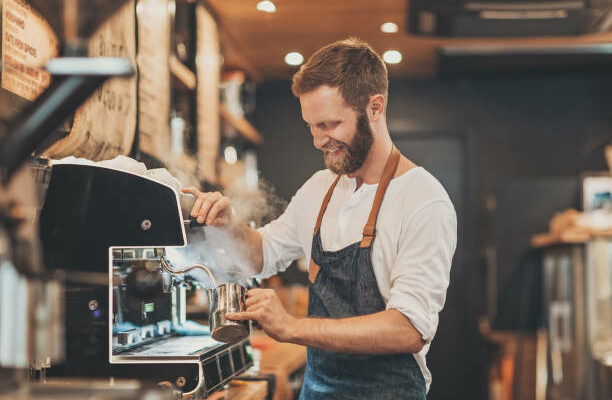 Portland, Ore. – Unions are having a moment. Seemingly out of nowhere, throughout 2022, hundreds of Starbucks workers have begun to unionize. Four stores in Portland and three in Eugene have voted to join Starbucks Workers United. Thirteen stores in the those two cities are awaiting a vote. So where did this come from? Dr. Marc Rodriguez is an expert on social movements at Portland State University, and says a thriving post-pandemic economy is the major driver.

“Often times when we have high employment, wages going up, and inflation, we also have spikes in unionization,” said Dr. Rodriguez. “This happened in the 1970s, just before, and during, the oil shock. When they were talking about issues of stagflation. Same kind of stuff. The economy looked really great like it did a couple of months ago: high employment, wages going up, all of that. That’s when workers 50 years ago decided to push, and that’s what they’re doing now.”

In the last six months, 230 Starbucks stores nationwide have fought for union elections and more than 50 have voted to unionize. This trend is fairly unprecedented.

“You’d have to go back to the 1930s, when the CIO (Congress of Industrial Organizations) was establishing itself. It’s that kind of rapid fire organization.” Dr. Rodriguez continued “Often times it happens during a period of prosperity. It’s not when workers  are at their worst, its often when they’re at their strongest that they push for organizing.”

Another reason behind the trend is a changing attitude towards unions. According to a Gallup Poll, support for unions has reached its highest point since 1965, with 68 percent of Americans in support. This includes a rapid growth in support from Republicans, who are traditionally against unions. In 2022, 47 percent of Republicans support organized labor, which is 15 percent more than those that did in in 2016. Dr. Rodriguez believes this is due to a change in the workforce. Traditional union jobs, like in a factory, aren’t as common. Whereas service jobs are booming.

“Service industries employ most Americans now. Just take Amazon, Walmart, and Starbucks together. Some people have said we don’t have the manufacturing we used to have but we sure have a lot of service industry jobs that need workers,” Dr. Rodriguez said. “When people take a look inside a Starbucks today, they see a shortage of workers, they see people feeling like they’re overworked. People are posting this stuff online… They see these service industry jobs as the equivalent of something like working in a factory or working in a grocery store where they have a union.”

Also contributing to a change in the view towards service jobs is the customer base itself.

“That’s why we’ve seen these same things happen at places like Trader Joes or Whole Foods. These are places where Liberals and Progressives shop,” Dr. Rodriguez added. “The customer base might actually support unionization more forcefully than in some other industries, perhaps.”

What’s stood out to Rodriguez is how this mass unionization effort happened outside of the traditional means.

“It’s not a traditional organizing drive, with the AFL-CIO planning it out, it seems like its starting from inside the Starbucks,” Dr. Rodriguez said. “You’re getting these kind of grassroots unions, that are kind of functioning to some degree outside the typical union structures, though it does seem they have support from them. I think that really gives it a sense of rootedness within the workplace. It’s not outside organizers, not people getting jobs just to organize. It looks to me like these are Starbucks employees doing this.”

Social media is likely why it’s happening this way.

“One of the things people have been really good at is utilizing Facebook groups, Twitter, messaging groups. And I think originally people saw things like Facebook as ways to talk about pets or something. But they’ve used these places to organize and pass along information,” Dr. Rodriguez said.

Starbucks isn’t exactly thrilled with unionization efforts though. Recently the company announced it was adding new benefits like credit card tipping and expanded sick leave/job training programs to stores that don’t unionize. Dr. Rodriguez says this is a common tactic.

“Employers can incentive a whole lot of stuff: increase the percentage they put into 401ks, increase employee perks, education, free food, whatever it is.” Dr. Rodriguez says. “They can do all of that within whatever the parameters are legally. So I would not be surprised if all of these employers start to incentive these things.”

If unionization efforts continue after those sort of moves, he expects the company to weaponize prices.

“The one thing I haven’t heard, but I’m waiting to hear it is that Starbucks will tell us that our $1.95 cup of coffee will be $10,” Rodriguez said with a laugh. “That’s another thing employers like to do. They tell the customer and worker, if you want the union, the cost of our product will go up. If they get people thinking like that, it could work against the union.”