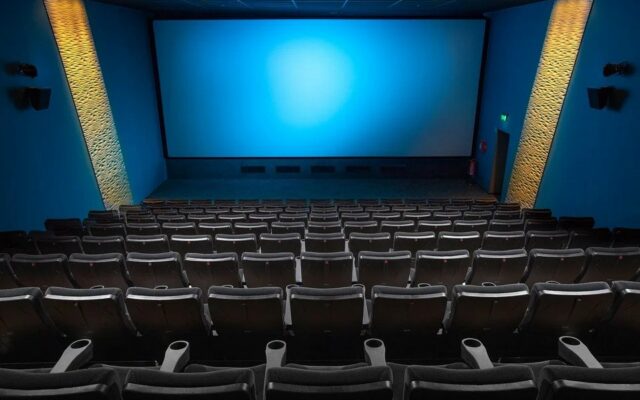 At least It’s what officials at the federal and state levels are starting to call life today. It’s not REALLY normal but most of us, maskless and smiling, are grabbing onto the word like it’s a life raft in a stormy sea.

In my circle normal means movies. It means people returning to theaters and happily plunking down a few hard-earned dollars at the box office, grabbing a tub of popcorn and a soda, and sitting back to watch something that’s not on a TV in their living room.

Even better, studios are now promising to give all those great films they were supposed to release last year. And there are a passel of them. Some we are looking forward to seeing, others not so much.

In the last year the film I have been quizzed about the most is Top Gun: Maverick. The much anticipated sequel to the 1986 hit has fans of Tom Cruise and his character, Maverick, soaring. The good news is that Cruise is on course to fly into theaters on November 19th.

On the critiquing side of things, whether Cruise and the concept can withstand the sands of time remains to be seen. Fans don’t care what critics think and it’s likely going to end up as the box office earnings winner of 2021.

November also brings a new look at Ghostbusters. On the 11th, Ghostbusters: Afterlife will be in theaters. It gives you a look at what led up to the original film. If you’re a fan, this one sounds much more intelligent, and more fun, than the 2016 redo.

Speaking of redos, there are lots of them. The one most people are anticipating is Dune. The release date is October 1st. Timothee Chalamet, the impossible not to like, Dave Bautista and Rebecca Ferguson headline this one.

I know I’m going to take some heat here, but it can’t be any worse than Frank Herbert’s novel nor David Lynch’s 1984 film. The book was tedious but Lynch’s movie — like all of Lynch’s movies — was practically incoherent.

Some of you may have some hope for this one. I don’t. The remake is helmed by Denis Villeneuve. He directed 2017’s also mostly incoherent Blade Runner 2049.

The other remake of note is West Side Story. The Jets and Sharks will do battle with fists, knives and music and with a mostly unknown cast directed by Stephen Spielberg. It’s his first shot at doing a musical.

The 1961 original was one of that year’s top movies. I saw it when I was in 6th grade. Musicals aren’t my thing now and they weren’t my thing when I was 12. I have no idea why I ended up seeing the movie. My mom loved movies and movie musicals are her favorite. So she might have forced me to go.

Mom did things like that to me to give me a well-rounded movie education.

I’ll go see Spielberg’s movie because I’m a critic. I promise to give it a fair shake. Or in this case, and since it is a 1960s movie, would it be a shake, and then a rattle and roll?

Continuing to look at the do-we-have-to category, or we could call the being bored with Bond category, James Bond fans finally get to see Daniel Craig’s Bond Swansong, No Time to Die.

It is set for release on October 8th.

Marvel’s mighty warriors and doogooders of daring-do have been saving cities, countries, the planet, other planets and the universe from baddies for a couple of decades. As daunting as they are, and can be, a measly little virus called COVID stopped them in their muscle-bound tracks in 2020.

Fans have been starving for something — anything — from them. Black Widow pops into theaters in a couple of weeks on July 9th. The latest Spider-Man film, No Way Home finds its way home on December 17th.

Christmas will see the release of another Matrix movie. Right now the fourth Matrix film is just titled, The Matrix 4. No matter where you look, this one draws a plot description blank. All we know is Keanu Reeves says it’s a beautiful script that is a love story and that it is inspiring.

We’ll have to take Reeves’ word on that one.

Parts 2 and 3 ruined the original premise and destroyed what might have been the most perfect science fiction movie I’ve ever seen.

One last note. The Beatles: Get Back is a film fans of the Fab Four have been itching to see since Peter Jackson announced he was going to rework footage of the band from 1969 that ended up in the 1970 movie, Let it Be. It will be released on August 27th. Jackson promises you’ll get a much different view of the band than what you got in 1970.

One can only hope.