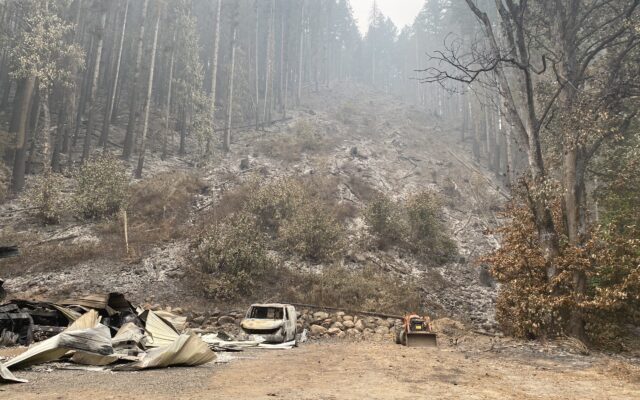 Flood warnings and advisories were in effect for Clackamas, Linn, Marion, Multnomah, Polk and Yamhill counties, but most have since expired.  The Cascades and Foothills are under flash flood watches.

The potential for landslides, debris flows and rock falls are also causing concern.  Bill Burns, Engineering Geologist for Oregon, says certain areas are prone to slides and now we’ve had wildfires in some of those areas, making the threat of slides even worse.  Like a perfect landslide storm.  He’s very concerned.  He says these types of slides can move tens of miles an hour and sometimes faster than you can outrun.  They gain momentum as they pick up debris.

Burns says the best thing to do before a storm hits is study your area.  Are you at the mouth of a channel or a drainage where slides flow to?  Or at the base of steep slope when rocks fall from?  If you are, and we get that heavy rain, he says you may want to consider evacuating as anyone below steep slopes in canyons and near the mouths of canyons may be at serious risk.

If your home, work, or route is in a watch area:

More information is available on the Department of Geology and Mineral Industries website.

During a landslide or debris flow

After a landslide or debris flow