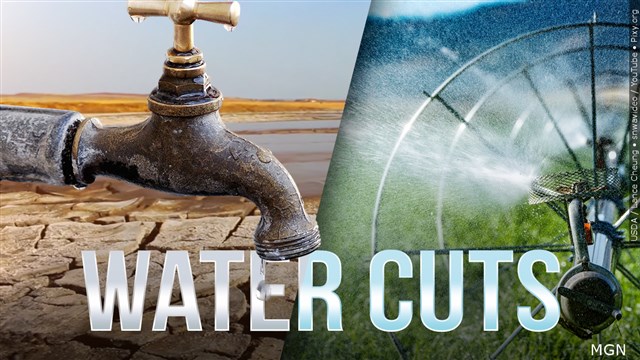 KLAMATH FALLS, Ore. (AP) — The Klamath Irrigation District in southern Oregon has reversed course and now says it has complied with a U.S. government order to stop delivering water to farmers in the drought-stricken area.

The district’s directors initially defied the federal government’s order to shut off water to the Klamath Project, but the Klamath Irrigation District has since closed a canal after federal officials threatened to withhold millions in drought assistance, the Capital Press reported Wednesday.

The U.S. Bureau of Reclamation manages the Klamath Project, which includes the Klamath Irrigation District and serves 266 square miles (689 square kilometers) of farmland at the Oregon-California border. A limited allocation of water was allowed for irrigators from Upper Klamath Lake this year because of extreme drought.

The bureau has said the project is now out of water and ordered a shutdown last week, but irrigation district directors met Monday and authorized the district’s manager, Gene Souza, to continue operations, arguing that the U.S. agency had not provided a legal justification.

That prompted a letter from Alan Heck, acting area manager for the bureau, warning that unless the irrigation district reversed course, it would disqualify all lands served by the district from receiving $20 million in emergency drought funding.

Such an action would impact the Klamath Irrigation District along with more than a half dozen other irrigation and other districts.

The Klamath irrigation District board at an emergency meeting Tuesday decided to close the canal.

“(Our board’s) desire to do what’s right for our community put us in a really bad spot,” Souza said. “There was no good decision.”

The Capital Press reported that a spokesperson for the Bureau of Reclamation could not immediately be reached for comment.

Under the Endangered Species Act, the agency must uphold protections for several species of fish, including shortnose and Lost River suckerfish in Upper Klamath Lake and coho salmon in the lower Klamath River.

The federal bureau initially allocated 15% of full demand for irrigators starting on April 15. Officials said that if inflows to Upper Klamath Lake exceeded expectations, they would set aside 50% of the additional water for irrigators.

The Klamath Falls area experienced slightly above-average precipitation in May and June. As of Aug. 1, the project’s water supply had increased while maintaining a minimum lake elevation for suckers to access critical habitat.

However, irrigation districts criticized the bureau for sending mixed messages about how much water may be available, making it difficult for farmers to plan.

Brad Kirby, manager of the Tulelake Irrigation District in Tulelake, California, said earlier this week that shutting off water now could spell disaster for some farmers and said irrigation districts are scrambling to help save as many crops as possible.

He said irrigators are being forced to pump groundwater from the district’s wells to keep crops alive through harvest.

“We’re having to rethink our entire system,” Kirby said.