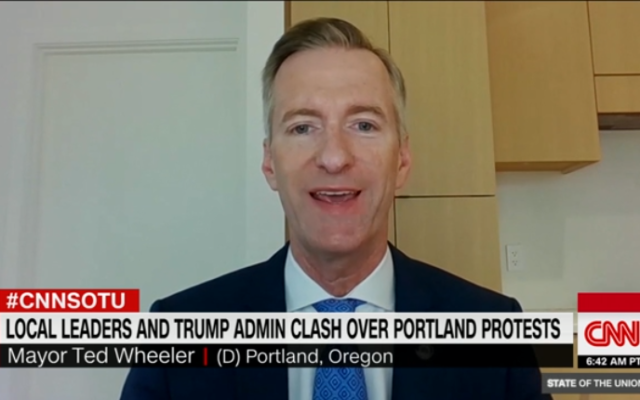 Portland, Ore. – On Twitter President Trump says the federal troops here are trying to help Portland, not hurt it. But Mayor Ted Wheeler on CNN Sunday says what they’re doing is illegal and unconstitutional.  Similar actions have been reported in other cities around the country now too.

We are trying to help Portland, not hurt it. Their leadership has, for months, lost control of the anarchists and agitators. They are missing in action. We must protect Federal property, AND OUR PEOPLE. These were not merely protesters, these are the real deal!