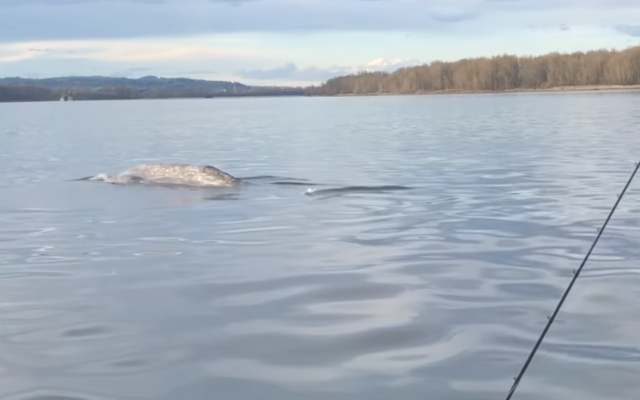 Sauvie Island, Ore. – Now here’s a whale of a story and the thrill of a lifetime for these local fishermen. They took a boat out fishing for salmon on the Columbia river around Willow Bar on Sauvie Island and Ridgefield, Washington, when a whale surfaced in the middle of the river just feet away from them.

It’s pretty uncommon to see whales this far away from the Pacific Ocean, up it’s not unheard of. We recently had a run of small fish called smelt run up the river, and some salmon and steelhead are moving through too. The whale was likely chasing that food.