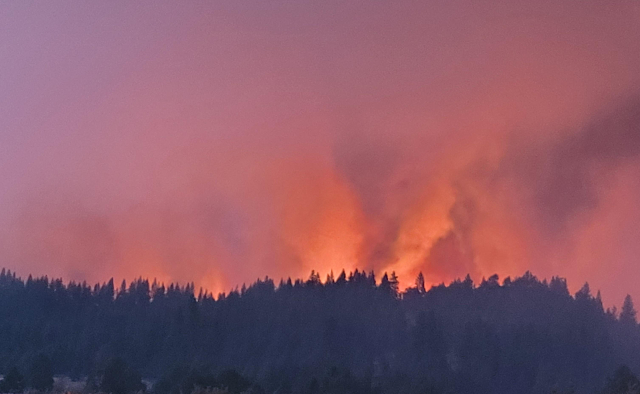 SALEM, Ore. – Firefighters in Oregon are fighting 9 major wildfires, including the largest in the nation.

The Bootleg Fire at nearly 400,000 acres is larger than the city of Los Angeles.

The Governor blamed “climate change” for the destructive fires and said she is working on legislation for climate action.

Oregon Department of Forestry Chief of Fire Protection, Doug Grafe, blamed the drought and extreme heat for the early start to the fire season.

He said the fires have already burned 17 times the 10-year average of acres burned on ODF protected lands.

Listen to the experts who have joined me here today—they will have some very helpful tips to keep you and your family safe.

Also remember this: As much as 80% of fires in Oregon are human caused. Eighty Percent. We can prevent so much tragic loss by being careful and firewise.