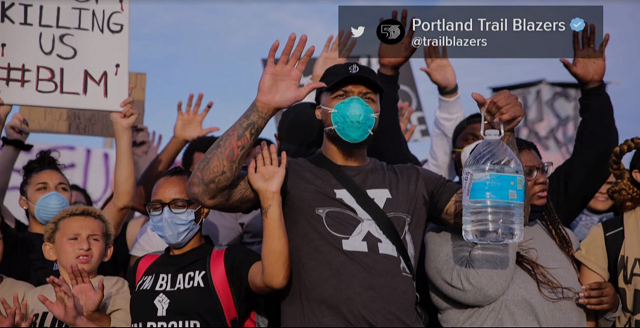 Portland, Ore. – After joining in the recent protests, Portland Trailblazer star Damian Lillard says he’ll do it again. He says now he has a deeper respect for black civil rights leaders from the past who fought and died for our rights like MLK. Lillard reflected on the experience in an Instagram video. Lillard says he thought of people like MLK when they were marching across the Burnside bridge, and once you take part in the movement you feel that moment, and it was more powerful for him than just getting active on social media. Several other Blazers players have been seen at the demonstrations like Rodney Hood and Gary Trent Jr. The Blazers are getting ready to go to Orlando to fight for a playoff spot once the NBA season reopens.

Dame cites how awe-inspiring it was to walk alongside allies and contrasts it to civil rights leaders of generations past.