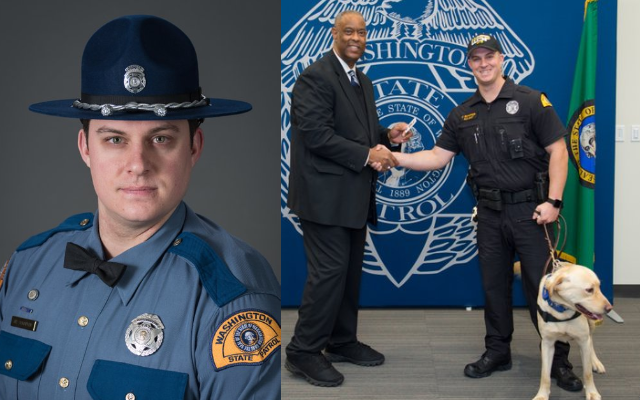 It is with great sadness that we report the passing of Trooper Justin R. Schaffer, who died in the line of duty today. Justin passed away at the age of 28 after serving 7 years with WSP. This is a time of enormous grief for our agency, family and the community he served. pic.twitter.com/9YV6SgJUgN

The suspect was identified as 39-year-old William D. Thompson from Olympia.