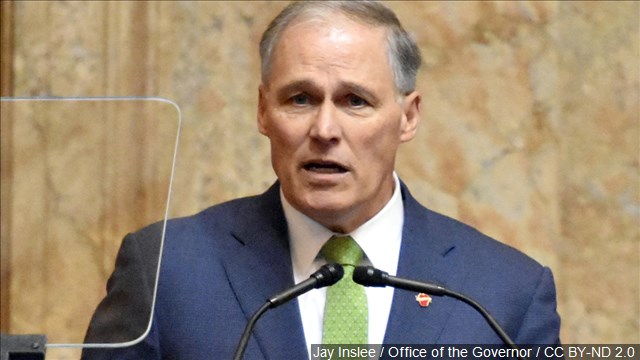 SPOKANE, Wash. (AP) – Democratic Gov. Jay Inslee has signed a series of bills designed to strengthen the environment in Washington.

He says the state intends to cut climate pollution by over 50% in the next nine years.

Inslee has been a strong advocate for the environment for years, and ran an unsuccessful campaign for president on those issues in 2020.

The governor signed Senate Bill 5022, which will reduce plastic pollution in Washington by banning certain Styrofoam products, such as foam coolers, packing peanuts and food service products such as hinged clamshells, plates and cups.