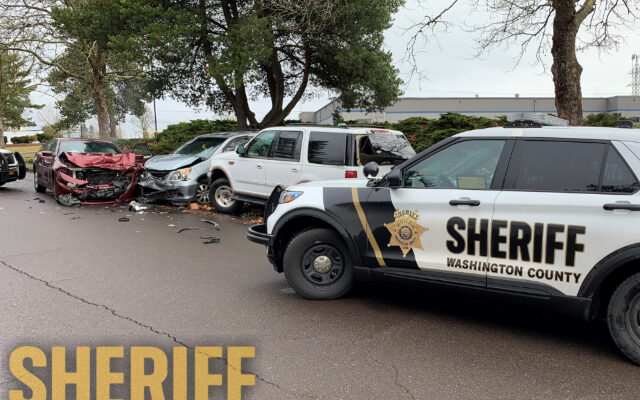 BEAVERTON, Ore. — A man wanted for multiple felonies got away from Washington County Sheriff’s Deputies on Thursday morning.

Knowing the driver was wanted, deputies tried to pull him over, but he sped off before crashing into two parked near Merlo Station High School.  The school was in lockout for about an hour during the search. 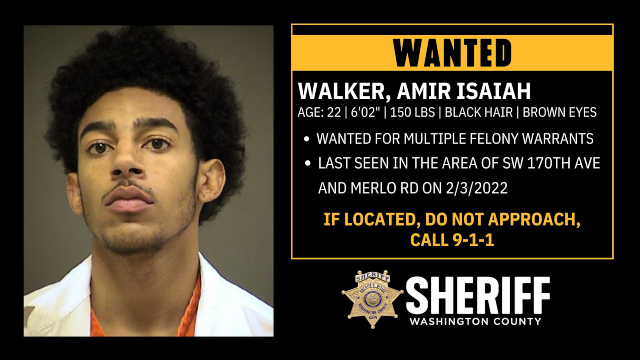 The Merlo Road/158th MAX station was also shut down for a short time.

Walker is considered armed and dangerous.  Anyone who sees him is asked to call 911.