Want Lunch? A Robot is on the Way!

When COVID hit, it was all about keeping away from each other. Some restaurants couldn’t make that happen so they had to shut down. Others were able to switch to TO-GO food. At several restaurants in the area, business owners got really creative, and along came the robots.  Poe and Kalvin Myant’s first robot was Milo. He scoots around the restaurant bringing food to people in order to minimize human to human contact. Since then they’ve added more robotic servers.  Poe and Calvin say they’ll keep using the robots even though pandemic restrictions have been lifted, and they tell me there’s no plan to replace HUMAN servers. 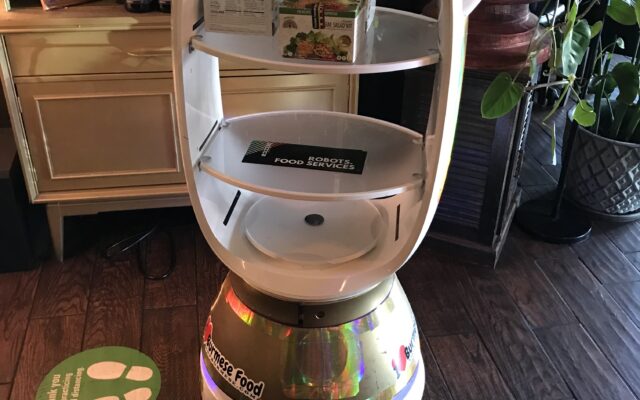 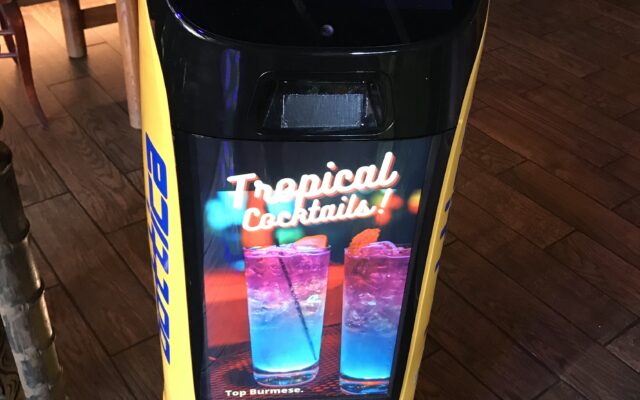 I ate lunch at Top Burma in Beaverton.   What I had was DELICIOUS! I had green tea leaf salad, which is a meal in itself, or you can split it with someone.  It’s very different from regular salads with lettuce a couple of tomatoes, topped with ranch dressing. It’s got a beautiful crunch to it with sunflower seeds, peanuts, sesame seeds and fried garlic. I also had Okra Curry and Golden Burmese Samosas, which are crispy triangles filled with potatoes and served with a chili dipping sauce. Poe says the food is her mother April’s recipes. 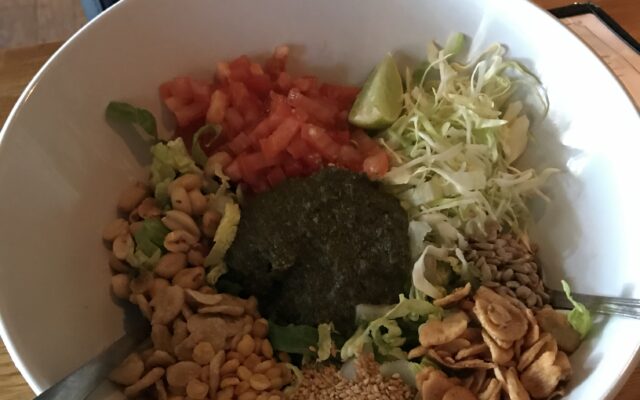 You can check out the robots at four locations: The Original Top Burmese on NW 21st in Portland, Burma Joy on NW 23rd, Bistro Royale on 1st St in Beaverton and the newest opening this spring on E Main St in Hillsboro. The food is worth the trip, having robots serve you makes it really fun.