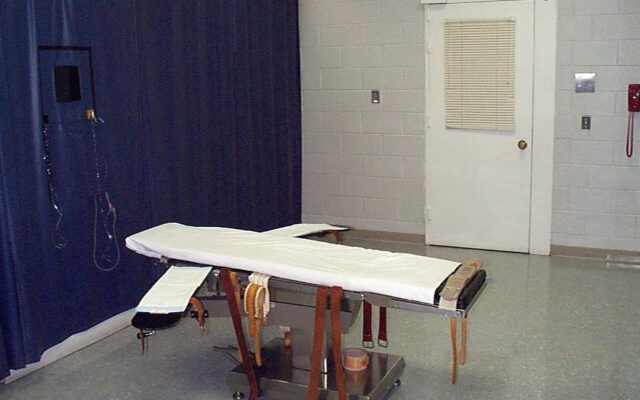 JARRATT, Va. (AP) — The governor signed legislation Wednesday making Virginia the 23rd state to abolish the death penalty, a dramatic shift for the commonwealth, which had the second-highest number of executions in the U.S.

The bills were the culmination of a yearslong battle by Democrats who argued the death penalty has been applied disproportionately to people of color, the mentally ill and the poor. Republicans unsuccessfully argued that the death penalty should remain a sentencing option for especially heinous crimes and to bring justice to victims and their families.

Virginia’s new Democratic majority, in full control of the General Assembly for a second year, won the debate last month when both the Senate and House of Delegates passed bills banning capital punishment.

Gov. Ralph Northam, a Democrat, signed the House and Senate bills in a ceremony under a tent Wednesday after touring the execution chamber at the Greensville Correctional Center, where 102 people have been put to death since executions were moved there from the Virginia State Penitentiary in the early 1990s.

“There is no place today for the death penalty in this commonwealth, in the South or in this nation,” Northam said shortly before signing the legislation. Northam said the death penalty has been disproportionately applied to Black people and is the product of a flawed judicial system that doesn’t always get it right. Since 1973, more than 170 people have been released from death row after evidence of their innocence was uncovered, he said.

Virginia has executed nearly 1,400 people since its days as a colony. In modern times, the state is second only to Texas in the number of executions it has carried out, with 113 since the Supreme Court reinstated the death penalty in 1976, according to the nonprofit Death Penalty Information Center.

In addition to the 23 states that have now abolished the death penalty, three others have moratoriums in place that were imposed by their governors.

Death penalty opponents say passing the legislation in Virginia could mark the beginning of the end for capital punishment in the South, where most executions currently take place.

“Virginia’s death penalty has deep roots in slavery, lynchings and Jim Crow segregation,” said Robert Dunham, executive director of the Death Penalty Information Center. “The symbolic value of dismantling this tool that has been used historically as a mechanism for racial oppression by a legislature sitting in the former capital of the Confederacy can’t be overstated.”