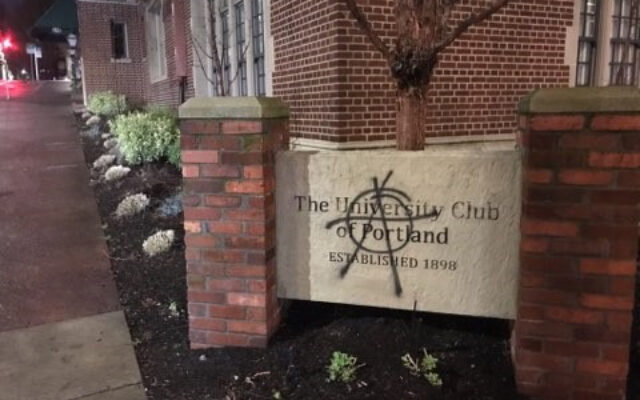 PORTLAND, Ore. — A few dozen people determined to cause property damage marched through downtown Portland on Wednesday night committing acts of destruction.  A crowd of about 40 marched from Director Park through the streets.

Sergeant Kevin Allen with the Portland Police Bureau says officers did not arrest any of those who committed the acts because they did not have the resources available and did not want to cause a “flash point”.  However, he says arrests are still possible as the evidence is reviewed.

This person is a suspect in some of the vandalism. 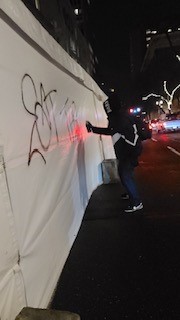 FM News 101 KXL asked him if the stance by Multnomah County District Attorney Mike Schmidt not to prosecute certain crimes impedes them from doing their jobs.  He replied: “Not at all”.

Sergeant Allen added they have a job to do to make probable cause arrests and present cases that are prosecutable.