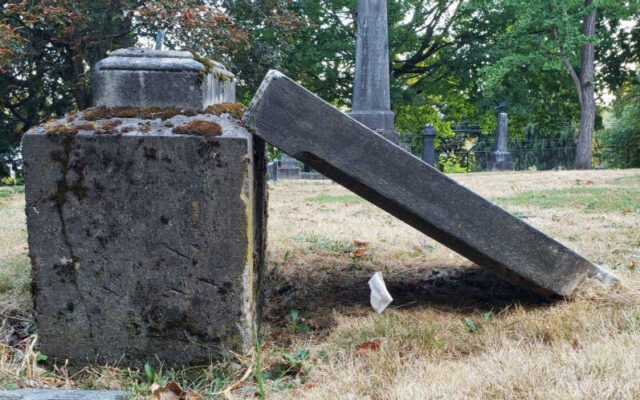 PORTLAND, Ore– Lone Fir Cemetery became the target of vandals .  Tombstones  were toppled over and in some cases the dame looks a little more severe. Metro who oversees the cemetery tells KXL, “We’re in the process of assessing the damage.” Monty Woods Operations Manager with Metro’s Parks and Nature department says , “15 monuments were knocked off their bases or tipped over.  When that happens a crew is sent out with special equipment to upright them.”  Metro pays for the damage unless the circumstances are unusual.  It contacts the family whose tombstone has been defaced or knocked down. 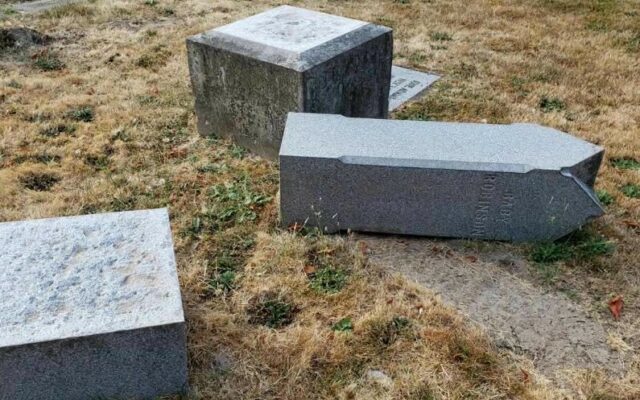 The cemetery takes up about  30 acres on the Eastside of Portland. It borders SE Stark right across the Street from Central Catholic High School.   25 thousand people are buried there. The cemetery gates  at either end are locked at night. Security guards rotate through Lone fir all day long.  Metro is constantly looking at ways to improve security.

Cameras may be part of that in the future. Metro  Crews maintain and oversee 14 Cemeteries in Multnomah County including Multnomah Park, Jones Cemetery, and Colonial Cemetery.