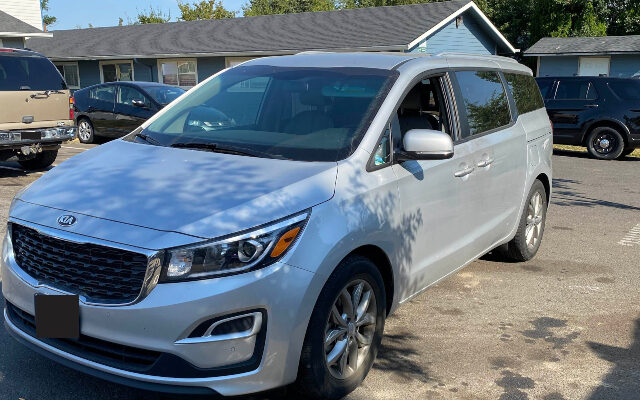 TUALATIN, Ore. — A van left running outside a business was stolen on Wednesday morning with a 9-month-old child inside.

The suspect hopped behind the wheel and took off from the parking lot of Oregon Dog Rescue on Southwest Nyberg around 6:45 as the owner was inside dropping off his dog.

Police were able to track the vehicle using the owner’s cell phone that was left in the van.

The infant was dropped off on the side of a road in Oregon City.  Someone passing by rescued the child and they were not injured.

24-year-old Marcus Paul and the vehicle were located at NE 95th and Prescott in Portland.  He ran from officers and was caught at Parkrose Sumner Transit Center.  He’s charged with first-degree kidnapping, unlawful use of a motor vehicle and endangering the welfare of a minor.