US narrows in on organized extremists in Capitol siege probe 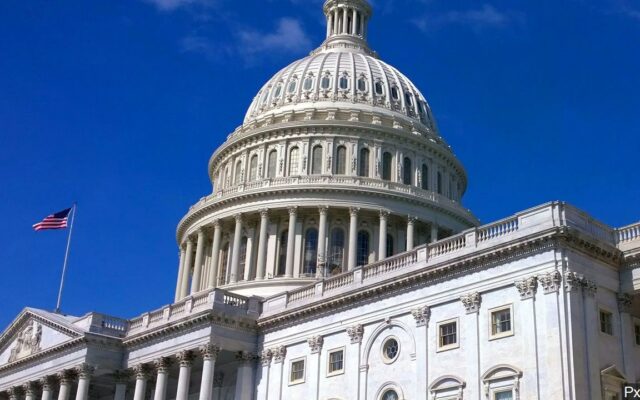 As members of the Oath Keepers paramilitary group shouldered their way through the mob and up the steps to the U.S. Capitol, their plans for Jan. 6 were clear, authorities say. “Arrest this assembly, we have probable cause for acts of treason, election fraud,” someone commanded over an encrypted messaging app some extremists used to communicate during the siege.

A little while earlier, Proud Boys carrying two-way radios and wearing earpieces spread out and tried to blend in with the crowd as they invaded the Capitol led by a man assigned “war powers” to oversee the group’s attack, prosecutors say.

These two extremist groups that traveled to Washington along with thousands of other Trump supporters weren’t whipped into an impulsive frenzy by President Donald Trump that day, officials say. They’d been laying attack plans. And their internal communications and other evidence emerging in court papers and in hearings show how authorities are trying to build a case that small cells hidden within the masses mounted an organized, military-style assault on the heart of American democracy.

“This was not simply a march. This was an incredible attack on our institutions of government,” Assistant U.S. Attorney Jason McCullough said during a recent hearing.

The Proud Boys and the Oath Keepers make up a fraction of the more than 300 Trump supporters charged so far in the siege that led to Trump’s second impeachment and resulted in the deaths of five people, including a police officer. But several of their leaders, members and associates have become the central targets of the Justice Department’s sprawling investigation.

It could mean more serious criminal charges for some rioters. On the other hand, mounting evidence of advance planning could also fuel Trump’s and his supporters’ claims that the Republican former president did not incite the riot and therefore should not be liable for it.

Defense attorneys have accused prosecutors of distorting their clients’ words and actions to falsely portray the attack as a premeditated, orchestrated insurrection instead of a spontaneous outpouring of election-fueled rage to stop Congress’ certification of Trump’s defeat by Democrat Joe Biden.

And prosecutors’ case against a man described as a leader in the Proud Boys’ attack took a hit last week when a judge ordered him released while he awaits trial, calling some of the evidence against him “weak to say the least.”

“I need you fighting fit” by the inauguration, one Ohio member, Jessica Watkins, told a recruit in November, according to court documents. “If Biden becomes president our way of life as we know it is over. Our Republic would be over. Then it is our duty as Americans to fight, kill and die for our rights,” she said in another message later that month.

As Jan. 6 neared, they discussed stationing a “quick reaction force” outside Washington that could bring in weapons “if something goes to hell,” according to court documents. Days before the attack, one man suggested getting a boat to ferry “heavy weapons” across the Potomac River into their “waiting arms.”

“I believe we will have to get violent to stop this,” that man, Thomas Caldwell of Virginia, said in a November message to Watkins. On Jan. 1, he took to Facebook to decry what he viewed as a rigged election, saying “we must smite them now and drive them down,” authorities say.

Authorities have acknowledged there’s no evidence Caldwell was a dues-paying member of the Oath Keepers but have described him as a supporter who appeared to play a “leadership role” within the group.

There were plans for some Oath Keepers to be there in “grey man” mode without identifiable militia gear so they could blend in with the crowd.

“For every Oath Keeper you see, there are at least two you don’t see,” said a Jan. 4 email sent to members.