PORTLAND, Ore. — Two men are facing charges for assault over this past weekend at protests in downtown Portland.

The U.S. Attorney’s Office announced that a man from Texas is charged in the assault of a U.S. Marshals Service deputy with a construction hammer outside the Mark O. Hatfield U.S. Courthouse early Saturday morning.  23-year-old Jacob Michael Gaines has been living in an RV in Portland.  He’s charged with assaulting a federal officer. 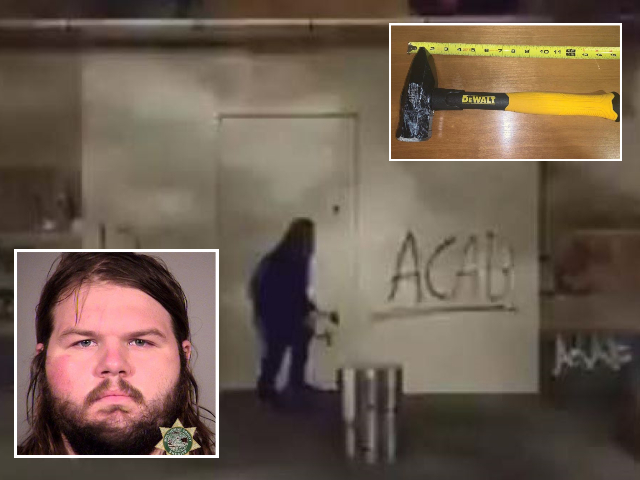 Court documents state Gaines was seen using the hammer to damage a barricaded entrance at the courthouse.  As he was being detained, Gaines struck the deputy three times in the left shoulder, lower neck, and upper back.  The deputy deflected the blows to prevent serious injury.  Gaines appeared in before a U.S. Magistrate Judge on Monday and was released pending further proceedings.

The Hatfield Federal Courthouse has sustained extensive damage from weeks of repeated vandalism during protests and riots.  The U.S. Marshals Service, Federal Protective Service, Homeland Security, and U.S. Customs and Border Protection working to protect the courthouse have been threatened and assaulted nightly.

The second assault happened early Monday morning near Southwest 1st and Main.  Police say a medic with Portland Fire and Rescue was hit in their chest by a silver ball bearing that was fired two blocks away from a wrist rocket device.  The medic suffered bruising.

Officers attempted to arrest the subject in Lownsdale Square when he took off armed with a crowbar.  Less-lethal force was used to arrest 37 year-old Jesse Herman Bates.  Police also found him in possession of a switch blade knife, gas mask, flares, umbrellas, spray paint, items believed to be pyrotechnics, two slingshots and glass ammunition. 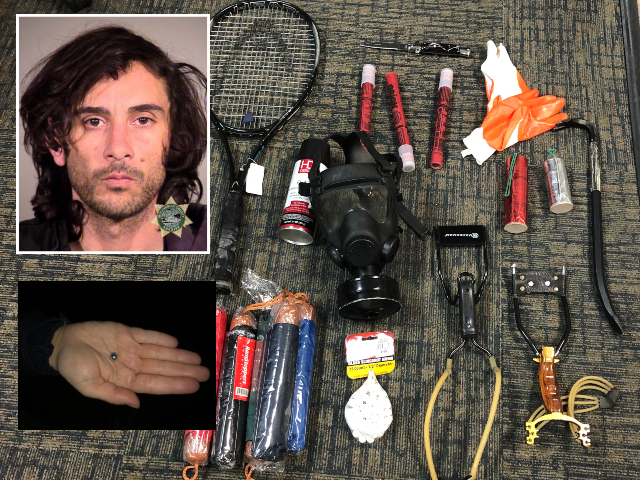