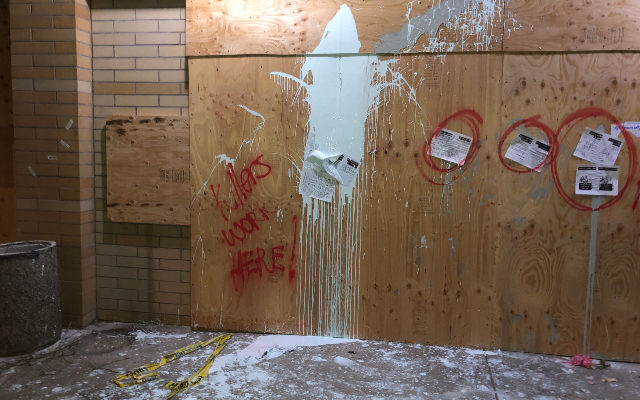 PORTLAND, Ore. — A dozen people were arrested and a loaded handgun was seized on Thursday night during the second evening of demonstrations outside the Portland Police Bureau’s East Precinct on Southeast 106th near Washington Street.

There were three separate gatherings on the 70th straight night of protests throughout the city.  A group of several hundred again assembled at Floyd Light Park and marched to East Precinct just before 10:00pm.  Some were wearing helmets and carrying shields.  They blocked traffic and approached the doors of the building that demonstrators tried to breach the night before.

We believe the intention of the crowd outside East Precinct is to vandalize or attempt to burn down the precinct. If you attempt to break in to or burn East Precinct you will be subject to arrest and the use of force to include crowd control munitions.

After being warned, people in the crowd spray-painted security cameras on the front doors and one person was able to dismantle a camera.

Police say two elderly people who were not involved with the protest tried to stop the vandalism and were doused with paint.

There was a separate unknown woman using a walker outside of East Precinct who attempted to extinguish a fire set by the group. The woman depicted in this photo was not using a walker.

Police declared an unlawful assembly just before 10:00pm.  Shortly thereafter, the group set fire to a trash can and pushed it up against the front of the building.  An elderly neighbor tried to put out the fire with an extinguisher and was met with resistance from the group.

An unknown woman attempts to extinguish fire set by group outside of East Precinct. https://t.co/ThNzfCFjMK

The crowd shined lasers at the security cameras and tagged the building with graffiti.  Portland Police and Oregon State Troopers dispersed the crowd using munitions over the next few hours while being hit with items from glass bottles to heavy rocks, paint, eggs and commercial-grade fireworks.  One officer was seriously injured.

Several police cars ran over large rebar ties that were thrown into the street to pop their tires. 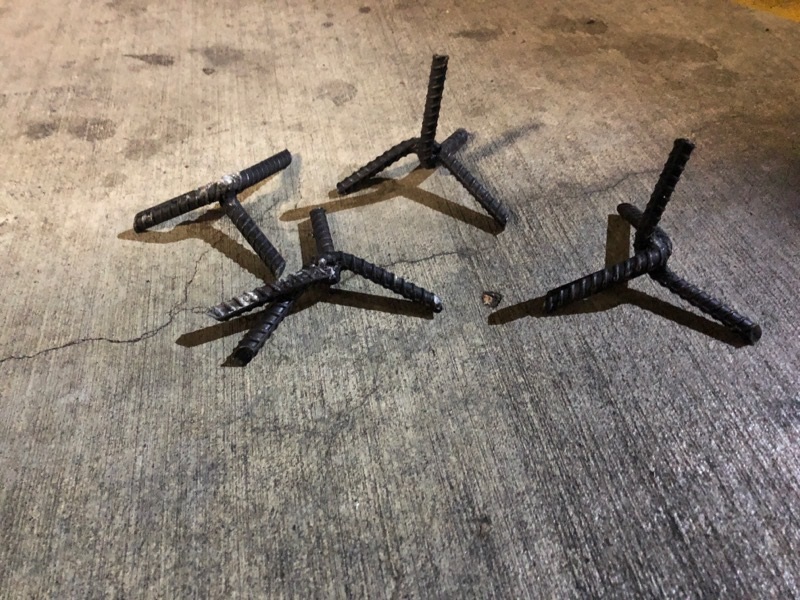 Most the group left the area around 2:30am.

A separate group gathered downtown outside the Multnomah County Justice Center and blocked traffic for several hours.  Another crowd showed up at the Kelly Building, which is formerly a police precinct.  Both gatherings were mostly peaceful and police did not engage the protesters.