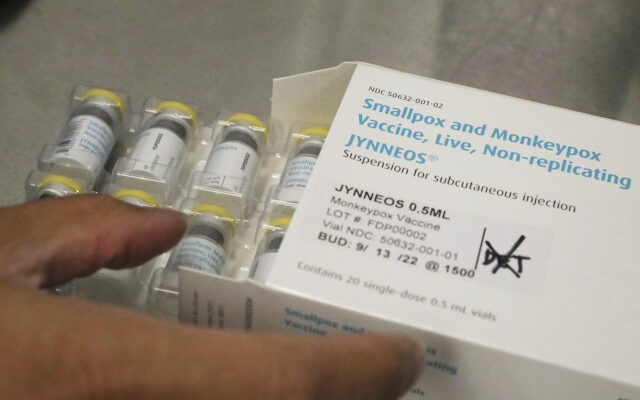 Jonathan Parducho, a pharmacist, removes a tray of vials of of the Jynneos vaccine for monkeypox from a box containing 20 doses, in the vaccine hub at Zuckerberg San Francisco General Hospital, July 29, 2022, in San Francisco. (Lea Suzuki/San Francisco Chronicle via AP)

Federal health officials say that even a small mutation in the virus could leave the drug ineffective.

The drug is called Tpoxx. The Food and Drug Administration warned this week that the pills are highly vulnerable to resistance.

The call to scale back Tpoxx’s use follows weeks of criticism from HIV advocates and other patient groups seeking to increase use of the drug.

Currently it is considered experimental and tightly controlled by the federal government.