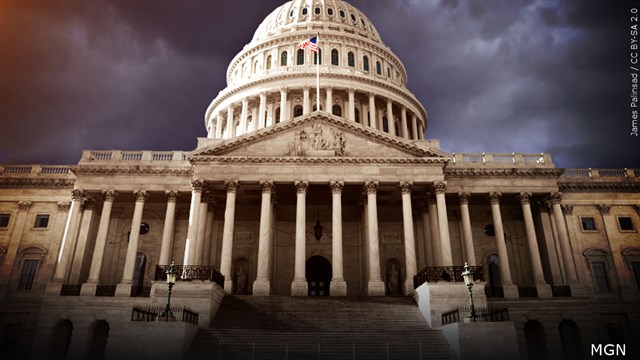 WASHINGTON (AP) – The U.S. Capitol was briefly evacuated Wednesday evening after police said they were tracking an aircraft “that poses a probable threat,” but the plane turned out to be a military aircraft with people parachuting out of it for a demonstration.

The aircraft, a single-engine plane, was reported to be circling around Washington after taking off from Joint Base Andrews in Maryland.

Two people familiar with the matter tell The Associated Press the aircraft did not report taking off and did not have appropriate clearance.

The plane was carrying members of the U.S. Army’s Golden Knights, who then parachuted into Washington Nationals stadium for a pregame demonstration.

Nationals Park is a little more than a mile away from the U.S. Capitol.

The Capitol was evacuated out of an abundance of caution this evening.

There is no threat at the Capitol.