U.S. Attorney For Oregon: The U.S. Marshal Will Not Cancel The Cross-Deputation Of Local And State Law Enforcement Officers 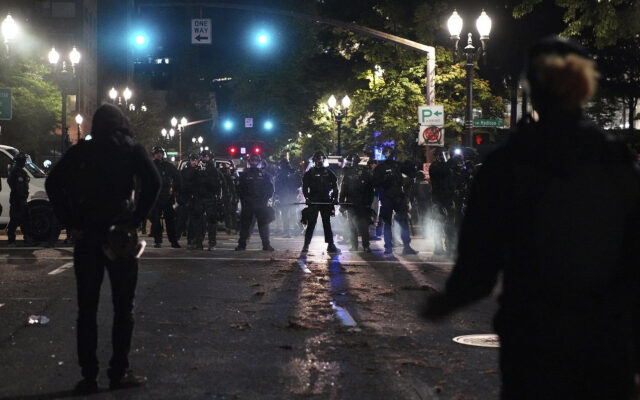 The U.S. Marshal will not cancel the cross-deputation of local and state law enforcement officers.  Law enforcement and law-abiding citizens of Portland have endured months of nightly criminal violence and destruction.  Officers have been repeatedly assaulted with bottles, bats, sledgehammers, lasers, rocks, and other weapons of convenience.  In addition, the public has seen repeated efforts by criminals to burn down public buildings.  These violent, senseless, and criminal acts have no bearing on social justice.  They only serve to exacerbate lawlessness in this city.  Federal cross-deputation of Oregon State Police, Multnomah County Sheriff and Portland Police Bureau personnel underscores the importance of providing accountability and deterrence for these criminal acts.  Importantly, the federal deputation supports front line law enforcement officers and their families in a way that they have not seen from City Hall.  Portlanders, and Oregonians in general are sick of the boarded-up and dangerous conditions prevalent in downtown Portland due to a lack of leadership.  We call upon citizens of this city and state to denounce violence, demand accountability, and work together to end the violence.