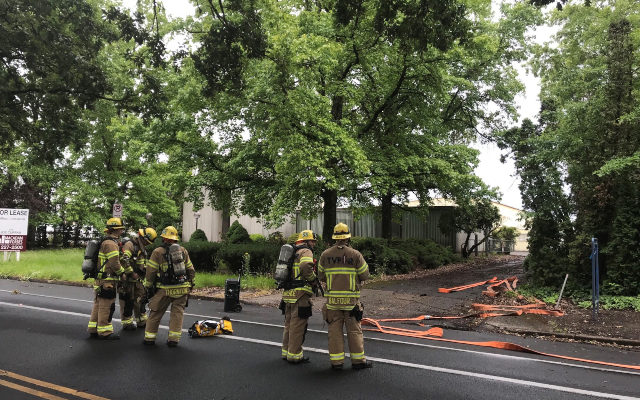 BEAVERTON, Ore. — Hazmat crews rushed to a business on Southwest 5th Street in Beaverton around 2:00 on Tuesday afternoon on the report of someone going into cardiac arrest at a business complex just east of Highway 217.

Officers found a person who appeared to be unconscious and was down inside the building.  Firefighters from Tualatin Valley Fire and Rescue pulled the unconsciousness victim to safety and started life-saving measures.  They were taken to a hospital with life-threatening injuries.

A second person who was semi-conscious and struggling to exit the building was assisted out by police and taken to the hospital.

Firefighters say the carbon monoxide levels were over 200 ppm, which is a potentially fatal level of the colorless, odorless and tasteless gas.  Readings dissipated after the building was ventilated.

The cause and source of the gas inside the building is under investigation.