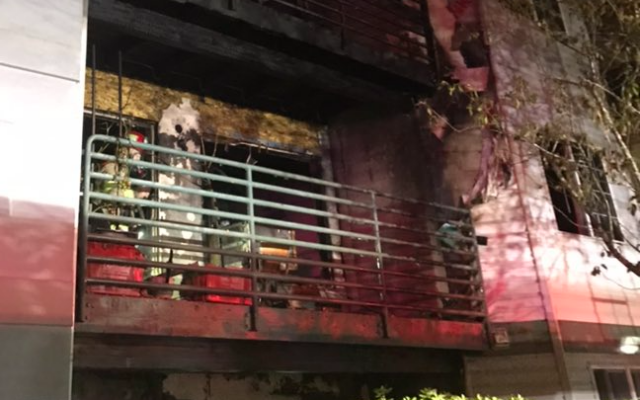 The fire was reported around 2:30 on Northwest Gina Way just off 205th Avenue.  Fire outside the complex started to burn through the walls, reaching the interior of the building.

Firefighters with Tualatin Valley Fire & Rescue reached two people who were trapped in a bedroom on the second floor.

Investigators say an unattended candle on a balcony sparked the fire.