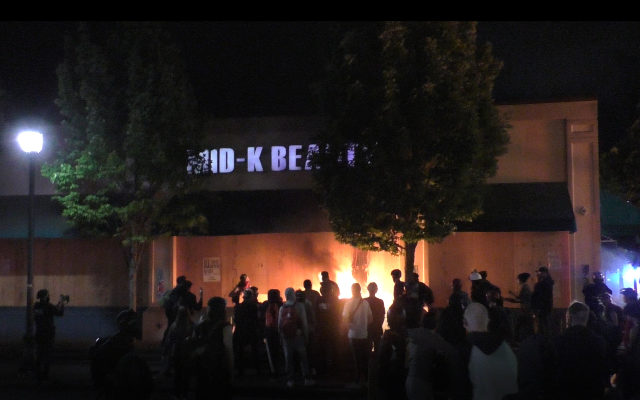 PORTLAND, Ore. — Police have arrested two suspects for rioting and setting fire to the Portland Police Bureau’s North Precinct during a protest on June 26th.

18-year-old Rollin Tristan Fodor was arrested in Gresham on Tuesday.  He’s charged with Riot and Arson I.

22-year-old Gavoughn Streeter-Hillerich was arrested on Wednesday in North Portland.  He’s also charged with Riot and Arson I.  Streeter-Hillerich is facing additional charges for an incident on June 8th when demonstrators blocked Interstate 84.  Those include Riot, Unlawful Use of a Weapon, Menacing, and Failure to Perform the Duties of a Driver.

“It is good someone has been arrested and held accountable for this violent and destructive crime,” said Police Chief Chuck Lovell. 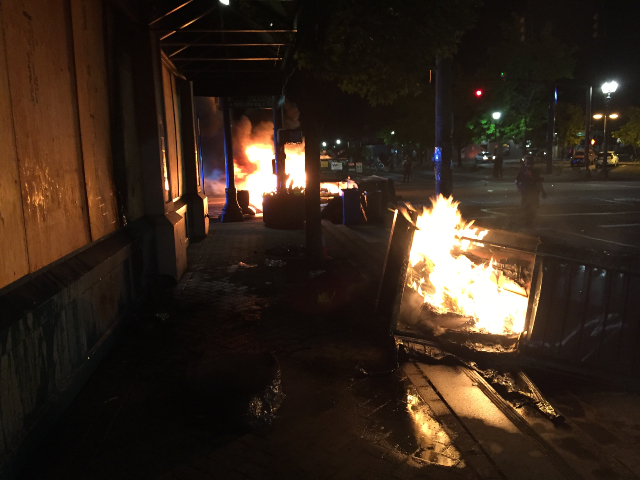 Detectives and the Portland Fire Investigation Unit are continuing to identify and arrest those responsible for arson and acts of reckless burning throughout the city.