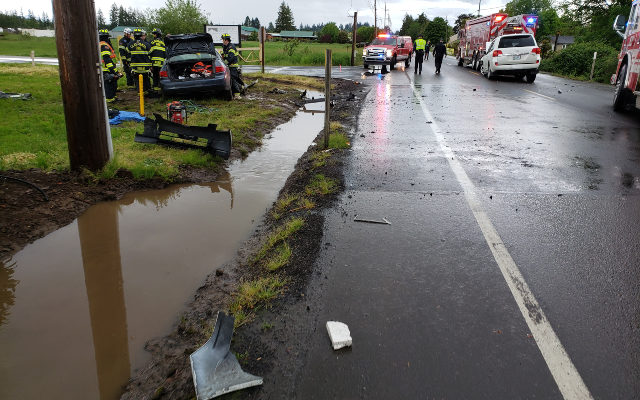 Highway 212 at Lani Lane in Boring

Investigators say a woman collided head-on with another vehicle on Highway 212 at Lani Lane in Boring just after 3:00.  The man behind the wheel was killed.  He’s identified as 44-year-old Michael Laubach of Tigard.

Just after 10:00pm, a man was hit by car on Highway 99E at Southeast Claredon Street in Gladstone.  61-year-old Michael Lacy of Oregon City was in traffic when he was hit.  Investigators have not said why he was in the travel lane.