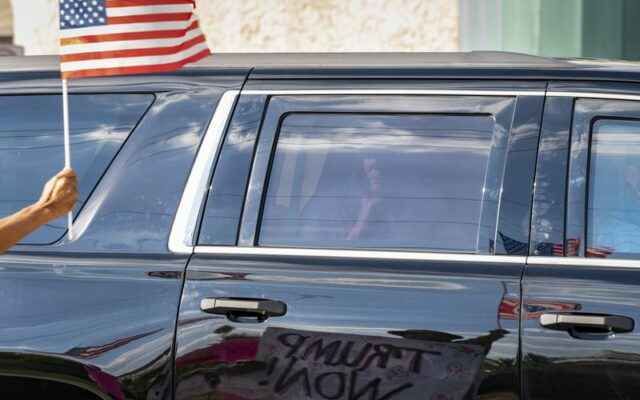 WASHINGTON (AP) — Former President Donald Trump has parted ways with his lead impeachment lawyers just over a week before his Senate trial is set to begin, two people familiar with the situation said Saturday.

Butch Bowers and Deborah Barbier, both South Carolina lawyers, are no longer with Trump’s defense team. One of the people described the parting as a “mutual decision” that reflected a difference of opinion on the direction of the case. Both insisted on anonymity to discuss private conversations.

One said new additions to the legal team were expected to be announced in a day or two.

The upheaval injects fresh uncertainty into the makeup and strategy of Trump’s defense team as he prepares to face charges that he incited the insurrection at the U.S. Capitol on Jan. 6. However, all but five Senate Republicans this week voted in favor of an effort to dismiss the trial before it even started, making clear a conviction of the former president is unlikely regardless of his defense team.

Greg Harris and Johnny Gasser, two former federal prosecutors from South Carolina, are also off the team, one of the people said.

Trump has struggled to find attorneys willing to defend him after becoming the first president in history to be impeached twice. He is set to stand trial the week of Feb. 8 on a charge that he incited his supporters to storm Congress before President Joe Biden’s inauguration in an attempt to halt the peaceful transition of power.

After numerous attorneys who defended him previously declined to take on the case, Trump was introduced to Bowers by one of his closest allies in the Senate, South Carolina Sen. Lindsey Graham.

Bowers, a familiar figure in Republican legal circles, had years of experience representing elected officials and political candidates, including then-South Carolina Gov. Mark Sanford against a failed impeachment effort that morphed into an ethics probe.

Republicans and Trump aides have made clear that they intend to make a simple argument in the trial: Trump’s trial is unconstitutional because he is no longer in office.

While Republicans in Washington had seemed eager to part ways with Trump after the deadly events of Jan. 6, they have since eased off of their criticism, weary of angering the former president’s loyal voter base.

CNN was first to report the departure of the lawyers.