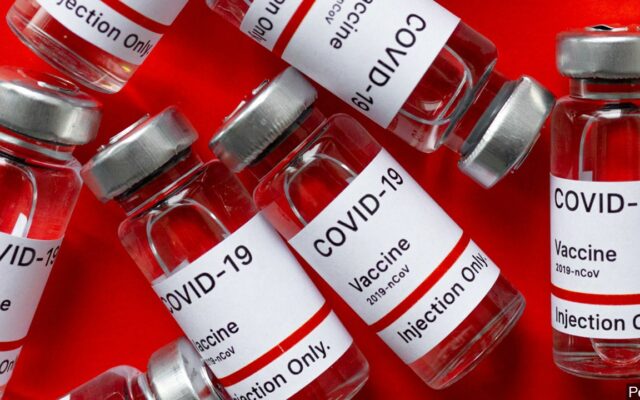 PORTLAND, Ore. – Citing a lack of supply, the Tri-County region Tuesday shut down its Phase 1A vaccine sign-up survey.

Since going live on January 12th, more than 60,000 eligible people signed up for a vaccine through the survey.

Multnomah County Public Health Director Jessica Guernsey says only 11,000 were sent an invitation to get one, “We have more people eligible than we actually have vaccine in the area.”

She says if you didn’t receive an invite, you’re directed to a scheduling tool on the Oregon Health Authority website, “Many people in the 1A group will not get an appointment or receive their first dose for weeks.”

Public health officials from Multnomah, Washington and Clackamas counties announced that due to limited vaccine supply, they are closing the regional COVID-19 Phase 1A vaccination sign-up survey at noon today.

The survey was intended to link healthcare providers and others in Phase 1A to appointment slots with the health systems as vaccines became available. It went live Jan. 12 — hours before the governor announced a timeline to vaccinate school personnel.

Employers, sole practitioners and other organizations and groups representing more than 60,000 eligible people applied for vaccines through the survey. More than 11,000 were sent invitations to be vaccinated, but with limited vaccine supply some will not get an appointment or receive their first dose for weeks. Others who’ve filled out the survey may have to wait months before they are vaccinated.

“We want to emphasize that there are still tens of thousands of people in Phase 1A in the Metro counties who have not received their first dose of vaccine and who should be prepared to wait weeks, if not months,’’ said Multnomah County Public Health Director Jessica Guernsey on behalf of the three counties. “We understand people are frustrated and we share their frustration. There is not enough vaccine to vaccinate everyone who is eligible or for everyone who has filled out our survey.”

Beginning today, Phase 1A and educators in Multnomah, Washington and Clackamas Counties will have a single path forward: a new eligibility and scheduling tool on the Oregon Health Authority website at https://covidvaccine.oregon.gov. Phase 1A people who already have an appointment to be vaccinated don’t need to do anything but show up for the scheduled appointment. Those who filled out the survey but have not heard back should go to the eligibility tool to schedule an appointment.

Even though someone might be eligible, they may not get an appointment for several weeks. The scheduling system can only handle 1,000 people at a time, so people may have to try back several times. Once appointments are full for the week they will have to try again the next week.

“Oregon Health Authority has said that most people in the 1A priority group are vaccinated. That may be true in other parts of the state, but it’s not true in the Metro area. People who signed up using this survey expected they’d receive the vaccine in a timely manner, and local public health expected that as well. Now that seems improbable,”  said Washington County Health Officer Dr. Christina Baumann.

Health systems are continuing to vaccinate the highest priority people in Phase 1A – those essential to serving our most impacted immigrant, refugee, traditional health workers in communities of color, as well as safety net providers of services to primarily Medicaid and Medicare populations who help overcome barriers to healthcare access such as non emergency medical transport and home health workers, as well as dental workers due to risk of occupational exposure. But the number who will be vaccinated in the short-term is very limited. The state earmarked 12,000 vaccines for the educators in the Metro area this week and just 3,000 doses for those remaining in Phase 1A.

Given the scarcity of vaccines, Metro public health officials say they are committed to reaching and vaccinating those populations at greatest risk for severe illness and death including elders, Latinx, Black and other communities of color and people in congregate settings or unhoused.

“All three counties will continue to work toward an equitable distribution of the limited supply of vaccines to those at most risk of severe illness and death from COVID-19. We are committed to partnering with the hospital systems to make the vaccine accessible when it becomes available. We thank everyone for their patience during this monumental effort,” said Clackamas County Public Health Director Philip Mason-Joyner.