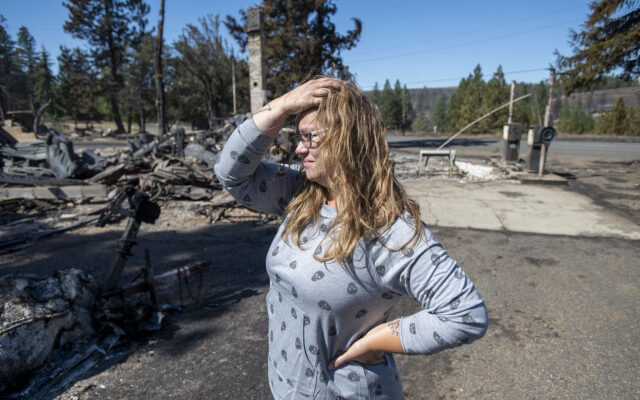 Hollie Jordan surveys her father's service station that was destroyed by a wildfire on Tuesday, Sept. 8, 2020, in Malden, Wash. (AP Photo/Jed Conklin)

SPOKANE, Wash. (AP) – A utility company says a tree that made contact with a power line apparently started a wildfire that burned dozens of homes in eastern Washington.

About 200 residents of Malden fled as winds up to 50 mph drove flames toward the town.