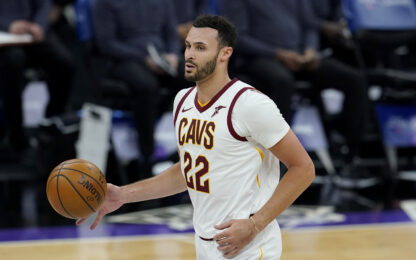 The Portland Trail Blazers have acquired forward Larry Nance Jr. from the Cleveland Cavaliers in a three-way deal with Cleveland and Chicago, sending Derrick Jones Jr. and a lottery-protected first-round pick to the Bulls.

More details on the lottery-protected first-round pick that Portland is sending to Chicago.

Blazers pick is protected 1-14 through 2028. It becomes Portland’s 2028 second-round pick if not conveyed before then, per sources.