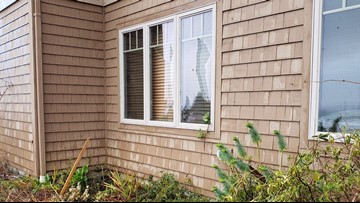 Manzanita is no stranger to tornadoes. Back in 2016 the city was struck by a tornado that lasted only lasted two minutes but caused one million dollars in damage and about one-third of the city’s trees came crashing down.

On Tuesday, it was confirmed that a tornado did touch down in Manzanita. Damage to a few homes which included broken windows was reported as Tillamook County Maintenance crews investigated.

The weather service is warning that severe weather conditions could continue this week.