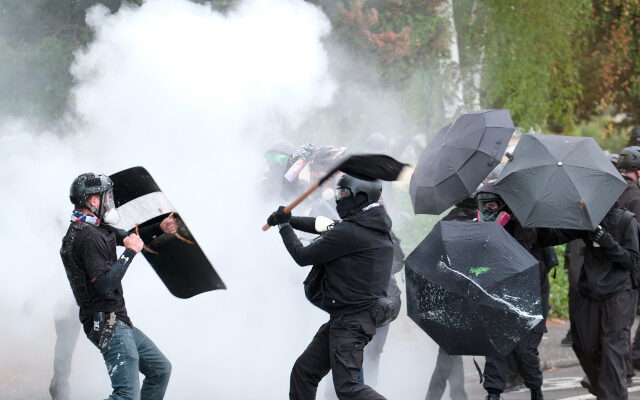 An anti-fascist protester swings a baton as members of the far-right Proud Boys advance during clashes between the politically opposed groups on Sunday, Aug. 22, 2021, in Portland, Ore. (AP Photo/Alex Milan Tracy)

PORTLAND, Ore. — Police have released pictures of six people wanted for committing crimes during protests in Northeast and downtown Portland on August 22nd.

Investigators have released these pictures to try to identity the suspects.  You can provide a confidential tip here. 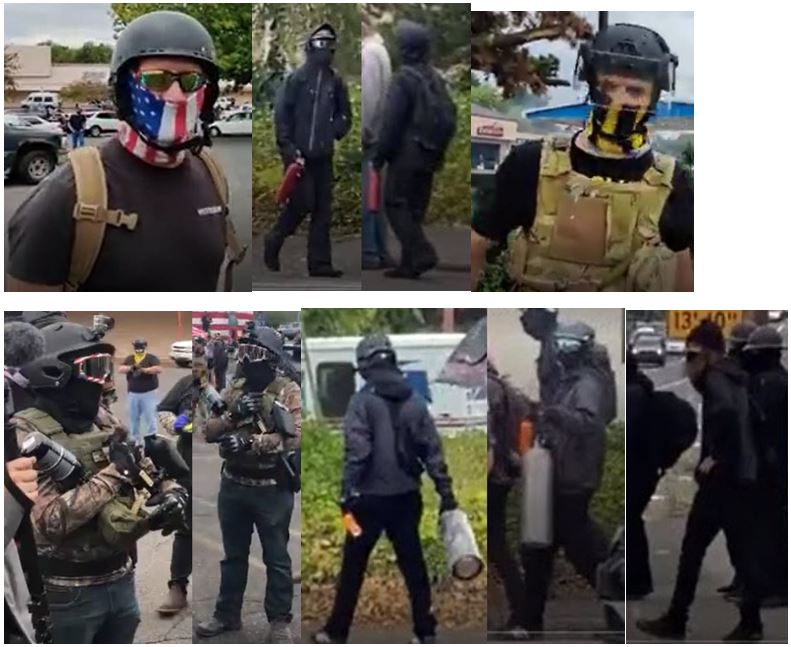 Detectives have already identified over a half dozen individuals who were involved in violent behavior and possible assaults.  If you were the victim of a violent crime, you’re asked to call the police non-emergency line at (503) 823-3333 and reference case # 21-681328.

There were also property crimes committed including significant damage to at least three vehicles.  If you were the victim of a non-violent crime, you can make a report online using case # 21-681328.

None of the victims have come forward.  Police say not doing so significantly limits the charges that can potentially be brought against criminal suspects.