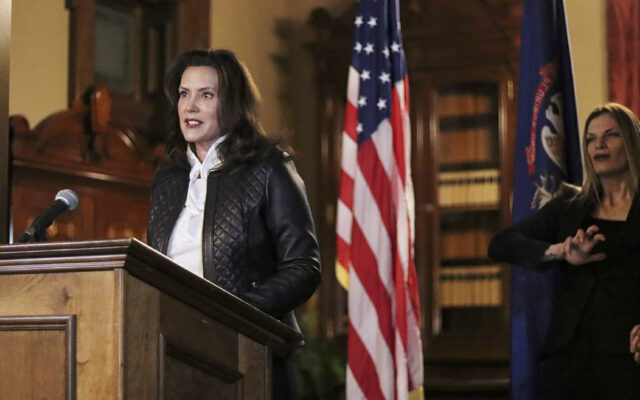 MICHIGAN (AP) – Three men have been convicted of supporting a plot to kidnap Michigan’s governor.

It’s a victory for state prosecutors after months of mixed results in the main case in federal court.

Joe Morrison, Pete Musico and Paul Bellar were found guilty Wednesday of providing “material support” for a terrorist act as members of a paramilitary group, the Wolverine Watchmen.

They held gun drills with a leader of the scheme, Adam Fox, who was disgusted with Michigan Gov. Gretchen Whitmer and said he wanted to kidnap her.

Defense attorneys argued that the three men had broken ties with Fox by late summer 2020 when the Whitmer plot came into focus.

Separately, Fox and three others were convicted of a kidnapping conspiracy in federal court.