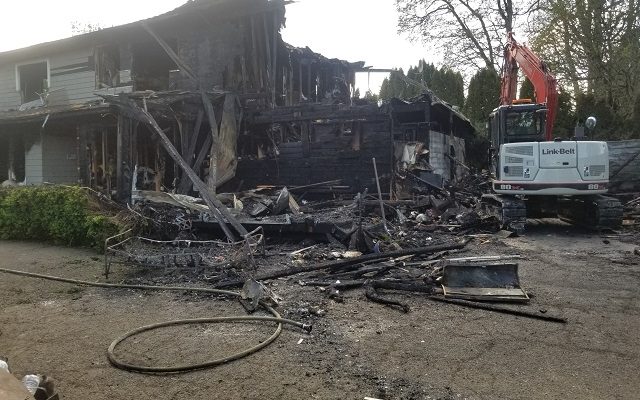 Polk County, Ore. – Three people died in a house fire that broke out early Sunday morning near Dallas, Oregon, in Polk County. Several crews responded. Flames were shooting from the entire home when firefighters arrived. Three people escaped the fire, one was seriously hurt and had to go to the hospital. The names of the three victims who died in the fire have not been released yet. No word on a cause of the fire, or if the home had working smoke alarms.

Just after 3 AM on Sunday, April 19, 2020, a 911 call was made to report a house fire in the 900 block of East Ellendale Ave, just outside the city limits of Dallas.  The Polk County Sheriff’s Office, along with multiple fire departments responded to the scene to find the residence fully involved.   The house was believed to be occupied at the time of the fire.

Sheriff’s Office deputies determined three persons were able to escape from the residence just before fire crews arrived.  One of the three people who escaped was transported to a Portland hospital with significant injuries.   The other two people were treated and released on scene.   Sadly, it was discovered there were three deceased persons inside the residence.   Their names are not being released at this time until all next of kin have been notified.

The fire is still under investigation by the Polk County Sheriff’s Office and the Oregon State Fire Marshall.