Thousands March Across Hawthorne Bridge on 21st Night of Protests 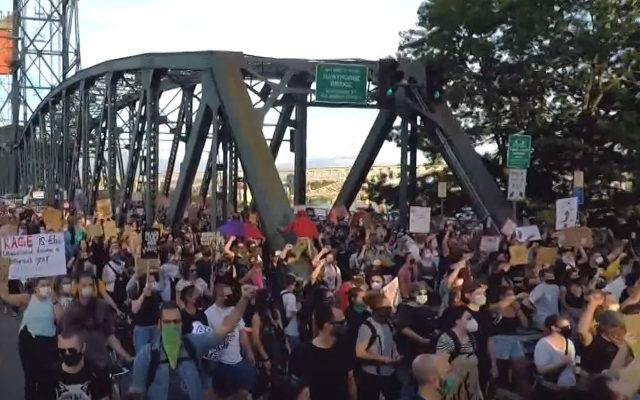 PORTLAND, Ore. — Thousands of protesters marched from Revolution Hall in Southeast Portland across the Hawthorne Bridge on Wednesday night on the 21st straight night of protests over the death of George Floyd as officers in Minnesota were taking him into custody.

The crowd gathered at Waterfront Park for an over an hour before diapering around 9:30pm.

The rally was put on by the group Rose City Justice who has organized rallies over the past few weeks to defund police and reform to address systemic racism.

A second group of protesters gathered outside the Multnomah County Justice Center on Southwest 3rd Avenue between Main and Madison Street, blocking the streets for nearly an hour and throwing items such as oranges at the doors.

A third group gathered in the Pearl District and set-up several tents near Northwest 9th and Glisan.  Around 10:00pm, the group at the Justice Center marched and joined up with them.  Demonstrators shined lasers and lights at buildings, including the condo where Mayor Ted Wheeler lives.  More tents were set-up and demonstrators moved dumpsters, pallets and other items as make-shift barricades as people occupied the street. 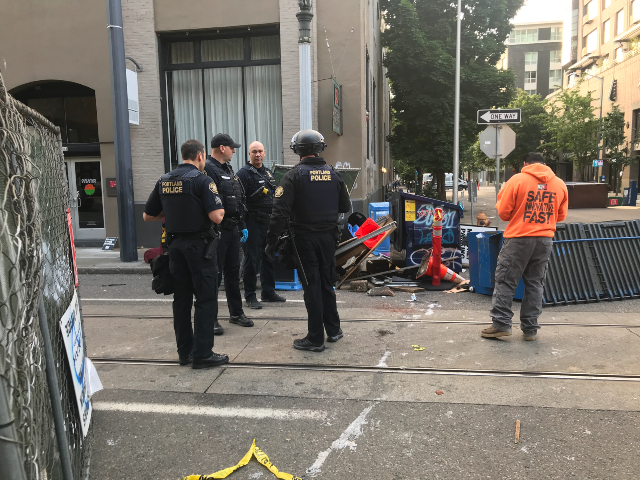 Demonstrators caused extensive damage to buildings and businesses in the area.  One man was seen carrying a rifle in the crowd. 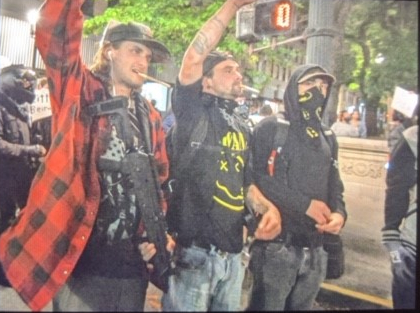 Police declared a civil disturbance and unlawful assembly around 5:30 and moved in shortly after to break up the blockade.  One woman was arrested after refusing leave the area and resisting officers.

“I am proud of our PPB officers and command staff who carefully and safely dispersed this unlawful assembly,” said Police Chief Chuck Lovell.  “The actions taken by some to barricade City streets and begin the creation of an autonomous zone caused great concern for public safety.  Emergency responders need to be able to respond to critical life safety calls.  There are acceptable ways to express first amendment rights and this was beyond the threshold for what is acceptable for Portland.”